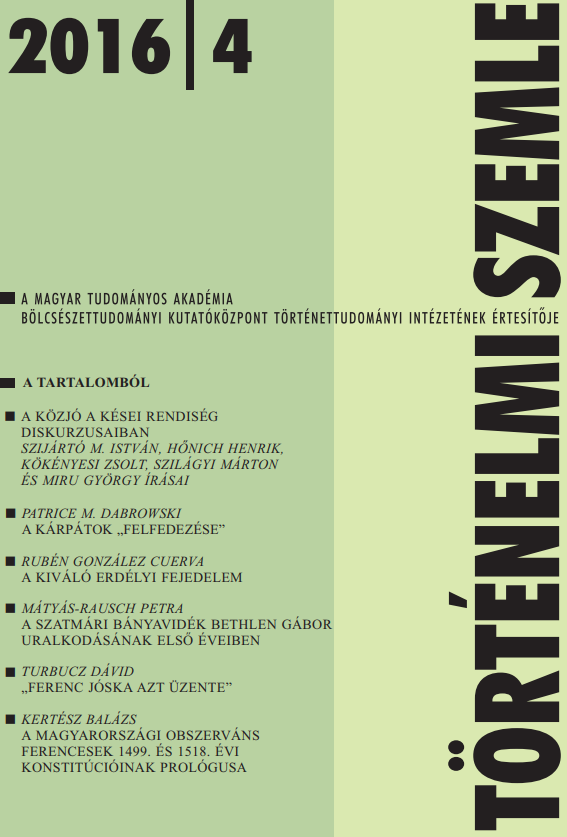 Summary/Abstract: The study analyses the state-novel that was written by György Bessenyei (1746?–1811) in the last section of his life, and remained unpublished then. It chiefly explores the picture the novel draws about ideal government, and the way it imagines the working of parliament in the world of idealized kingship. This work, a late Hungarian adaptation of a genre that had been representative throughout the 18th century, uses its utopia-like structure to present political questions that were on the agenda in contemporary Hungary: the key motif is the state that creates harmony in both the agrarian world and among the various religious confessions. In the novel this ideal monarchy also proves its strength on the battlefield: it defeats the aggressive country in its neighborhood, governed tyrannically, and exports its own form of government into the political vacuum that evolves after the fall of tyranny. The novel ends in a rather mysterious way: the ideal state, governed by a beautiful and wise queen, proves inable to integrate the novel’s hero, a visitor coming as a guest from outside. Married in the meantime, this protagonist, instead of settling there, decides to return with his bride to the provincial house of his parents. Thus, the ideal state, while embodying the common good, cannot serve as the worthy framework of individual happiness even in a fictional novel.