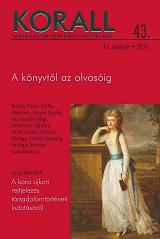 Summary/Abstract: The study focuses on the publishing strategies of Mihály Csokonai Vitéz (1773–1805), the most significant Hungarian poet around the turn of the eighteenth century. In his correspondence and elsewhere, Csokonai made several references to the distribution of his own books of poetry, which suggest the extent to which Csokonai regarded the publication of his volumes as a business enterprise. Csokonai funded the publication of his books himself while seeking support from sponsors, however, he considered his income from his books as an investment in his forthcoming publications rather than personal income. For him publishing poetry was never a way to earn one’s living. The sporadic surviving evidence about publishing reveals that Csokonai’s most important readership was located around the two main centres of Protestant education and the Protestant market towns of the Great Plain. This pattern more or less corresponds to the area of the subsequent Csokonai cult. The study furthermore presents specific examples to illustrate ways to analyse the practice of writing, and the related social roles and prestige, in the study of eighteenth- and nineteenth-century literature.