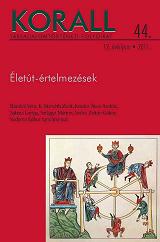 Summary/Abstract: This study revisits the career of Lajos Rhédey (1761–1831) using partially new archival evidence. Rhédey came from a Protestant gentry family and started a military career. Later he became a freemason, and in the 1790s he joined a group of individuals in Zemplén county who were initially renowned for their Francophile views and later further radicalised. Although Rhédey was not personally involved in the Jacobin plot in Hungary, he was investigated and fell out of grace at the Court. As the sources suggest, he conquered this unfavourable situation by buying his former position back with recruits and money offered to the monarch. From this point on, his behaviour is characterised by loyalty to the government and the Court, which earned him the title of a count as well as the administrative position of Royal Deputy of the Lord Lieutenant in Bihar County in 1808. Documents concerning his political career and eventful private life raise the question whether this can be justly considered a political volte-face, or that his life is an example for how views traditionally perceived as polar opposites (such as conservative views versus freemasonry; or his support for the Court in Vienna versus his support for Hungarian national theatre and culture) could actually exist side by side in this period. An interesting aspect of the biography is that most of the Rhédey material comes from the pen of Ferenc Kazinczy, an eminent writer of the age, who demonstrated an obvious disapproval towards Rhédey’s post-1880 career and consequently constructed the count’s portrait as an unsavoury counter-image of his own person. For this reason, it is important to achieve a more nuanced view by examining archival sources that are independent from Kazinczy. This study, the first such attempt to draw up the biographical outline of Rhédey, presents an important member of a political generation in which individuals were forced to adapt their life strategies to the turbulent actualities of revolution, Napoleonic wars and solidifying absolutism.