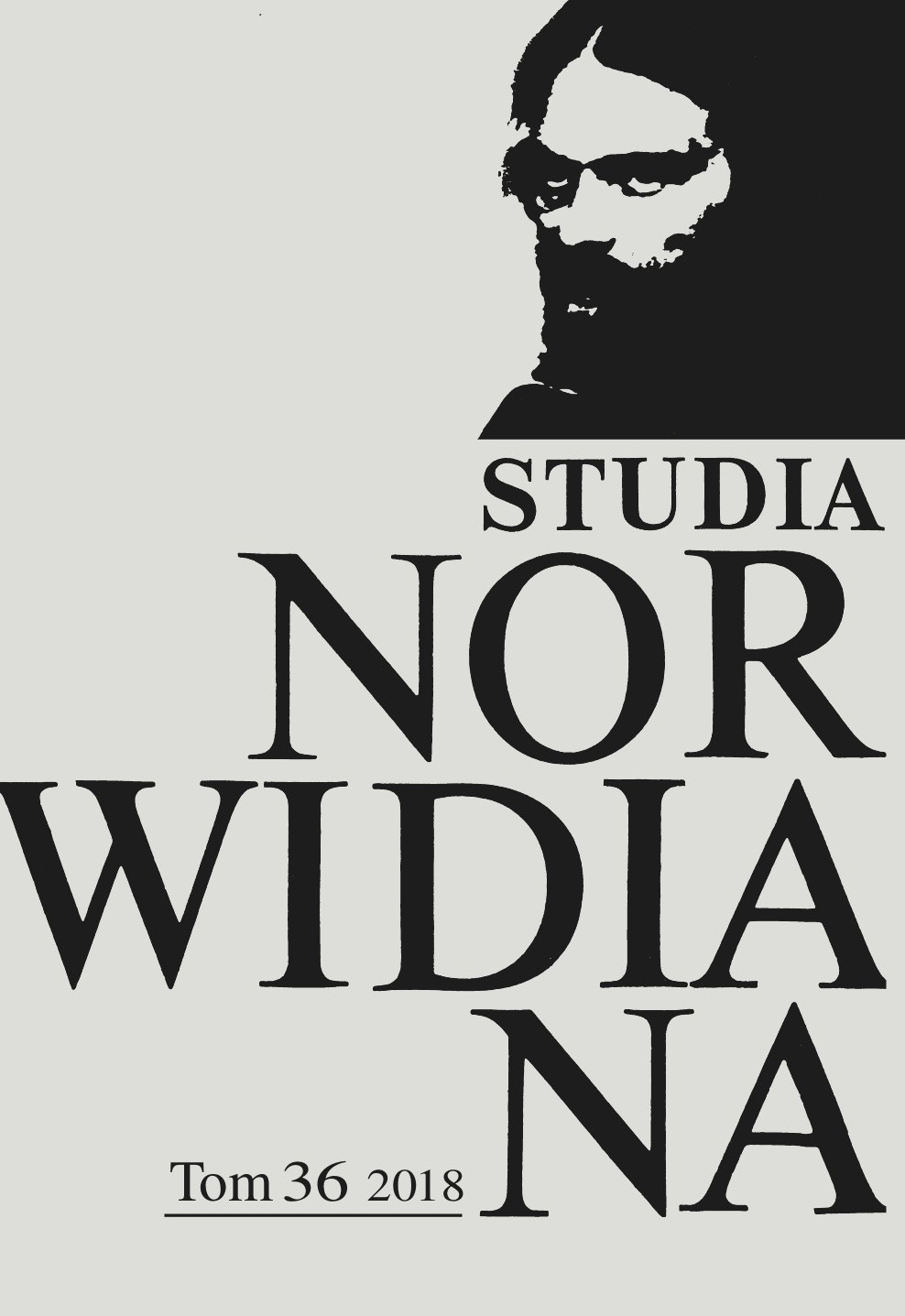 Summary/Abstract: Norwid’s stay in Florence – the capital of the former Etruria – in the 1840s coincided with the height of European interest in Etruscan culture. In Italy, there were numerous Etruscan museums, mainly private ones, with magnificent collections from excavations. In Europe (Italy, France, Germany and Great Britain) a lot of interesting and usually richly illustrated publications on the Etruscans were published. Norwid could have become familiar with a good selection of these works at the University Library in Berlin, and also in Italy itself. It seems, however, that his Etruscan passion was born in Poland, in the paint shop of Aleksander Kokular. In the Warsaw years, the poet must have visited the magnificent Gallery of Antiquity in Wilanów (where his teacher – Kokular, produced various paintings) and as a “student” of fine arts he had to know the pioneer work (and collections) of S.K. Potocki O sztuce u dawnych, czyli Winckelmann polski, three chapters of the book were devoted to Etruscan art. Not without significance were Norwid’s contacts (domestic and Parisian) with the “Etruscan” collectors: the Potocki, Czartoryski and Działyński families.The Etruscans left their mark both in the notebooks and in the works of the author of Quidam, from his Italian period (which is obvious) to the novel Tajemnica lorda Singelworth written shortly before his death; thus Norwid’s fascination with Etruscan culture and art lasted until the end of his life. Interestingly, the notes also confirm his presence at one of the most recent archaeological sites of that time: in the presumed tomb of the Etruscan ruler Porsenna. All these facts make Norwid one of the few Polish Romantics (alongside J.I. Kraszewski) who were deeply and substantively interested in this archaeological and cultural theme. Norwid’s literary and plastic “Etruscan” works also constitutes an important – equal to the vision of British, Italian and French artists – contribution of the Polish “magician” to saving and preserving the Etruscan heritage in the culture (and awareness) of modern Europe.