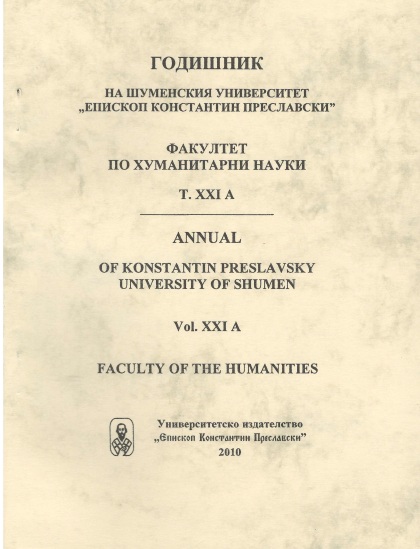 Summary/Abstract: The paper dwells on German and Austrian authors and their literary works depicting the Bulgarian reality. The way of reception the contemporary Bulgarian reality on behalf of the German- language authors, respectively from their literary works outlines the following scheme of: Conflict with the other, which does not belong to the common set of knowledge and experience of the recipient (in most cases cultural shock). As a result of the conflict - a reflex towards approaching and exploring the other, the strange in order to define the new cultural fact. The scheme of the one’s own cultural pattern is to be transformed by means of comparison and relativity in order the other fact be compatible to the facts of one’s own experience. The other fact, at the very beginning confronts our way of thinking, but later turns into an extra element of our knowledge and experience (intercultural competence).