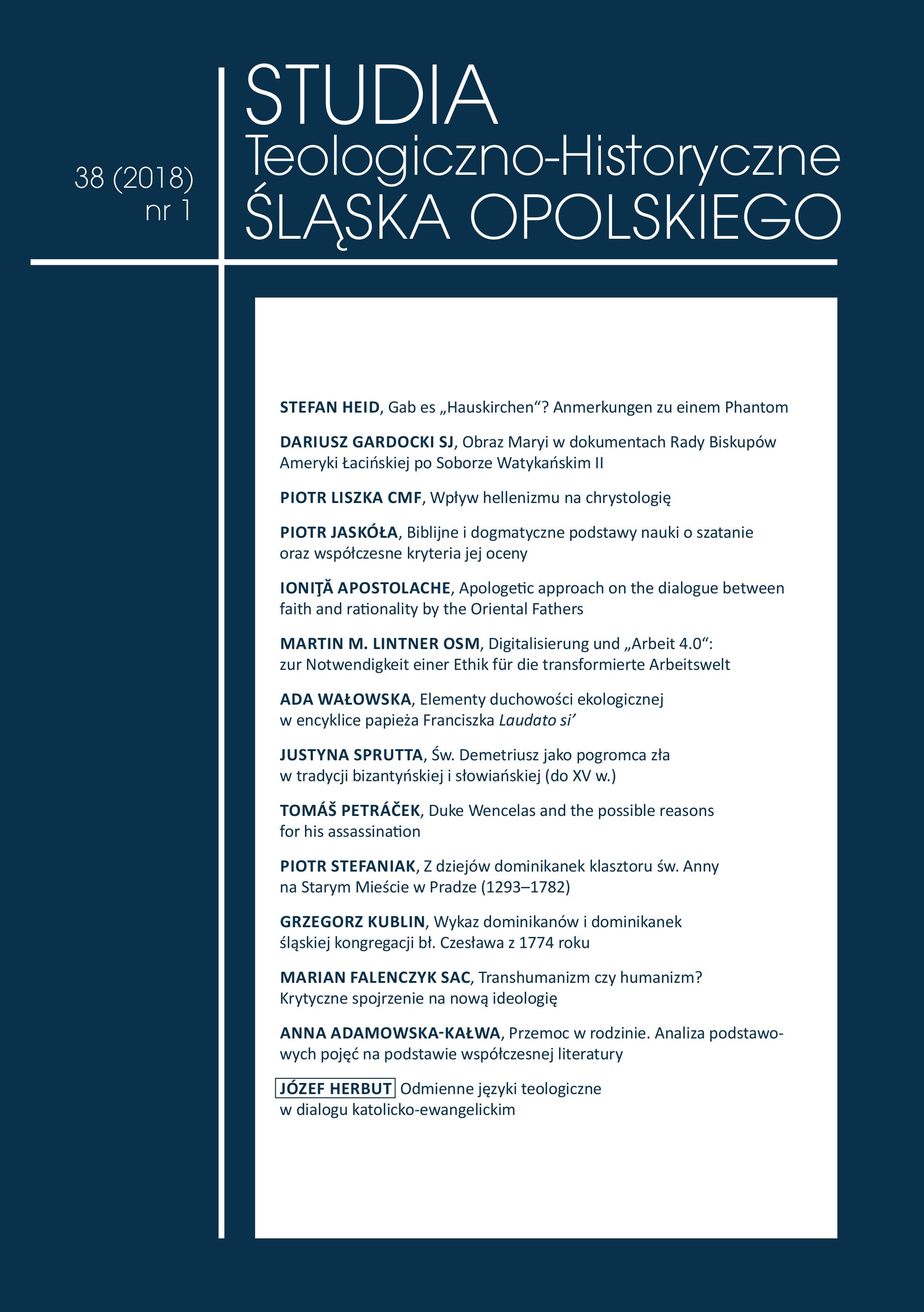 Summary/Abstract: Digitalization and robotization are not only part of the further development of technology or the progress of new technologies but are also part of a crucial moment with far-reaching and long term effects, of which are not yet foreseeable but can at least be sensed. As opposed to former revolutions and directions of development in industry, in the world of work and in technology, “Work 4.0” or “Industry 4.0” is characterised by a lack of space borders, temporal acceleration and qualitative density (cif. big data). Digitalization and robotization omnipresent in the meantime means a fundamental transformation of society, the economy, the financing of social issues, the understanding of work and even the image of man. This present article is based on principles of Catholic social teaching and shows some of the possible effects of “Work 4.0” towards both the understanding of work and the workers which are affected by the risks of precariat, for example the loss of a place of work, protection of the private sphere of life, the problem of just participation in the resources of earth or division of well-being, anonymity. While from the one side digitalization and robotization in itself cannot be marked as purely negative, from the other side it should however show the ambivalent character of this revolution and take critical reflection of the impact on the forms and conditions of work. The possible wide social-political discourse is crucial over the question as to how the process of digitalization and robotization should be formed and which (foreseeable) consequences and how it is to react so that this process can ultimately serve people and the common good. In this sense there are formulated at the end of this article, a series of questions for discussion and not just proposals.