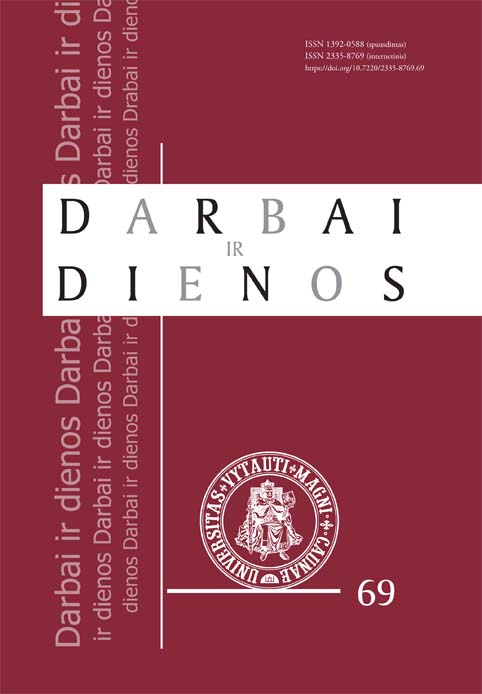 Summary/Abstract: The author of this article analyzes the poetry, the cultural activities, and the personality of the Lithuanian émigré poet Algimantas Mackus (1932-1964) and comes to the conclusion that Mackus could be interpreted as a cultural hero who introduced new literary and existential values to Lithuanian society. Using the traditional resources of Lithuanian poetry, such as folklore structures and Christian images, he totally transforms them into a so-called unornamented language, gives an existential dimension to the notions of exile, and inscribes that poetry into existential and post-existential paradigms of Western literature. The author suggests that we can interpret Mackus’s poetry in unornamented language as an answer to Theodor W. Adorno’s statement that to write poetry after Auschwitz is barbaric.Mackus’s contemporaries regard his personality, his everyday behavior, and his cultural activities in the Lithuanian émigré community as expressions of commitment, responsibility, and orderliness, and interpret these features as being in radical opposition to his avant-garde poetry. The author of the article questions this opposition by arguing that both his poetry and his personality have aspects of excess and intensity that connect different aspects of Mackus’s activities, and that these aspects make him an exceptional figure of Lithuanian culture. Mackus’s rich and controversial personality, his life and literary trajectories embody the main historical tendencies of post-war Western intellectual life and deserve to be analyzed in a monograph.