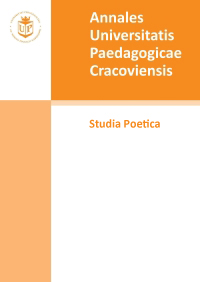 Summary/Abstract: The article is an attempt of presenting creative works of priest Wojciech Dembołęcki in the context of various canons of perceiving a written text (defined according to different criteria and rules) – from the genological and thematic perspective. Many previous propositions of classification are of course correct. However, numerous were not made or did not take some essential findings into account. The most important finding states that the 17th-century priest should not be perceived only as a blind apologist of the Polish nation but more as a critic of the gentry’s sarmatism. Thus, the author of Wywód loses the title of an ideologist and an uncritical praiser of the privileged part of the society which was ascribed to him for years. Instead, he acquires a new title of a sarcastic judge or a scoffer who condemns the mentality of his overconfident compatriots.