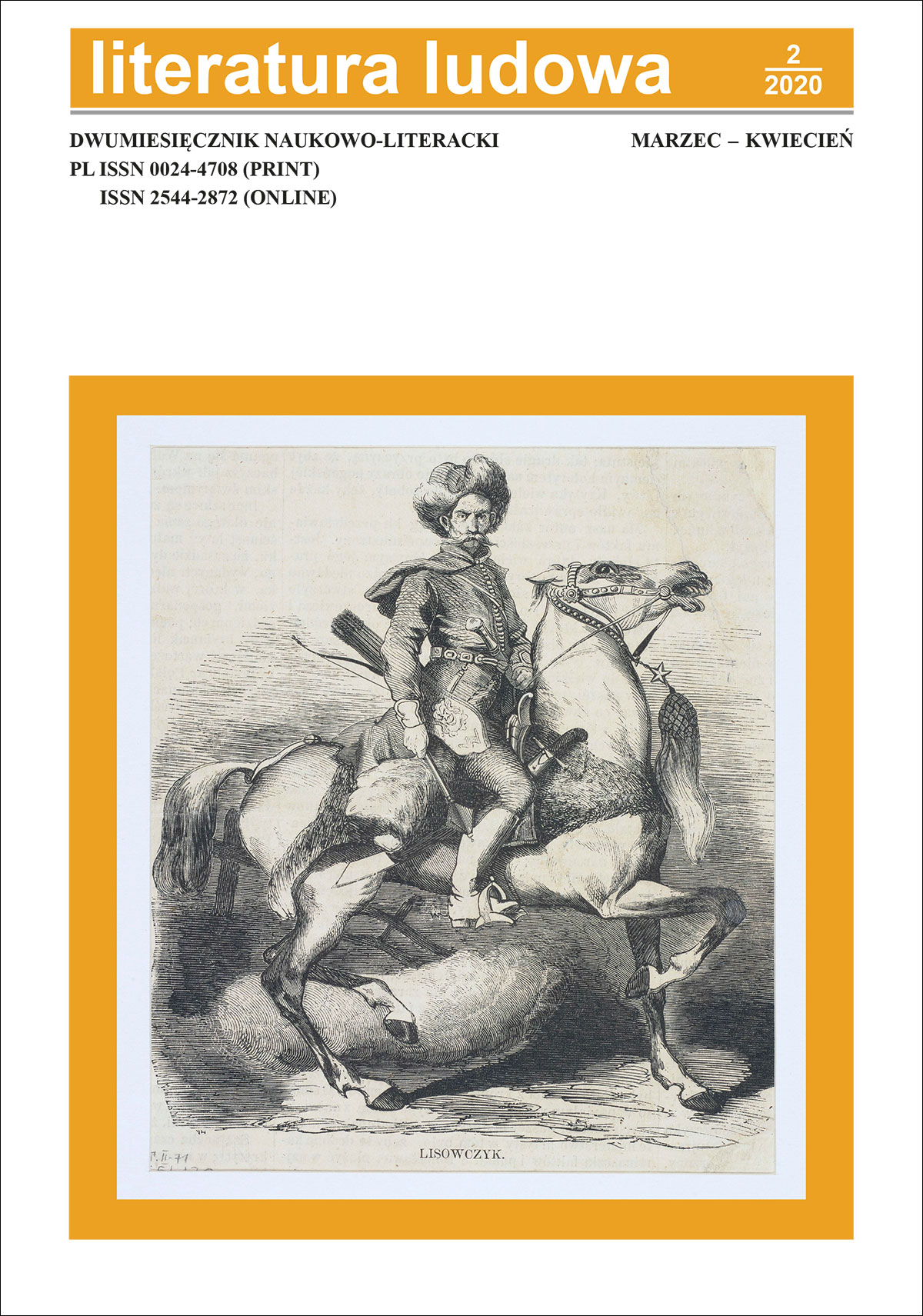 Summary/Abstract: The sketch is an attempt of a discussion on three pieces of poetry, i.e. List o lisowczykach [Letter on Lisovchicks], Wiersze o lisowczykach [Verses on Lisovchicks] and Żywotkozaków lisowskich [Life of Lisovski Cossacks] including their title protagonists’ characteristics in which typical for rogue literature means of expression dominate. In each of theaforementioned text a reader may meet comical or parody approaches, there is no lack of irony, caricature and grotesque, either. Nevertheless, jokes do not always appear to be accurate for some of them are crude and heavy – series of the jests was supposed to present a Lisovchick in a good light at least, however, such a decision seem to be rather surprisingbecause – according to persuasive assumptions of the studied written relics – particularly humour should have justified or should have allow to be accustomed anyway to adventurousness, lawlessness and plunder associated almost proverbially with the Lisovchicks’ daily habits but their undisputed military skills are here left in silence although they were also described in the poems. In brief, the idea is quite risky and possibly pointless, despite texts’ conditions logics, the rhymed statements’ contents, the idea proves favour for theself-styled mercenaries portrayed. The complexity arise many doubts resulting in some kind of interpretative dilemmas. An author or authors of two else rhymed short poems (Listdo lisowczyków [Letter to Lisovchicks] and O lisowskich i konfederackich żołnierzach [On Lisowski and confederate soldiers] both hypothetically attributed to Olbrycht Karmanowski) experienced them, too. The last one seems to be not only a reprimand formulated in connection with an attitude of the mercenary regiment because above all it unmasks and condemns ways of literary misrepresenting authentic pathologies which became common advantagesin Żywot kozaków lisowskich thanks to unusual peculiarities of the world turned upside down (in rogue literature manner). That is why O lisowskich i konfederackich żołnierzach may be considered as a type of a literary review. Almost the same according to List do lisowczyków, its author reveals transparently criticism towards the addressees of his own“post”, nonetheless a group of various allusions, crypto-quotes or other references let one believe that the poem is a polemics against List, Wiersze o lisowczykach and Żywot and forthe reason the text also gains review properties. The two poems ascribed to Karmanowski are correlated for some mutual similarities like e.g. their concept or identical metrical line(Polish alexandrine), moreover both of them may be treated as evidences of early reception of the three shortly discussed apologetic lisovianas’ which—in spite of their author(s)intentions—did not reach designated aims and did not contribute to restore a good name of the military unit founded by Józef Aleksander Lisowski.