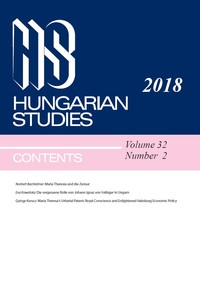 Summary/Abstract: The article is an attempt to present The exploits of Polish elears, who were formerly called Lisovchiks (Przewagi elearów polskich, co ich niegdy lisowczykami zwano) by Wojciech Dembołęcki. The book’s form varies between that of a chronicle, a memoir, and a detailed diary. Nevertheless, the report contains an abundance of valuable and interesting data on the Battle of Humenné and its immediate consequences, particularly the paciﬁcation actions led by Polish mercenary troops. Dembołęcki’s Exploits can be thought of as, for many reasons, a unique source of knowledge on several historical episodes of the initial stage of the Thirty Years’ War. Its convention, however, is to show the Lisovchiks as an army of God, and therefore the publication (printed in Poznań in 1623) is also evidence of propaganda-motivated gloriﬁcation of the notorious elears who supported Ferdinand II’s forces twice (in 1619-21 and in 1622). Despite the exaggerated written praise, these soldiers were soon outlawed (in 1623) because of their conduct, especially during peaceful periods. The diary gives the reader a chance to get acquainted with authentic documents, such as correspondence addressed to Poles and signed by imperial authorities. The article mainly recalls selected facts (war tactics speciﬁcity, battles, marches, negotiations, etc.) in the chronological order on the basis of the account, but some examples of Dembołęcki’s comments are also cited, paraphrased, or discussed to give a better idea of the nature of the original memoir. In the concluding part of the study there are some remarks on Dembołęcki’s other work, enriched with a short description of a Latin manuscript (preserved in Prague) and a pair of booklets, the ﬁrst of which was issued in Vienna and the second somewhat later in Poland (the precise place of publication is unknown).