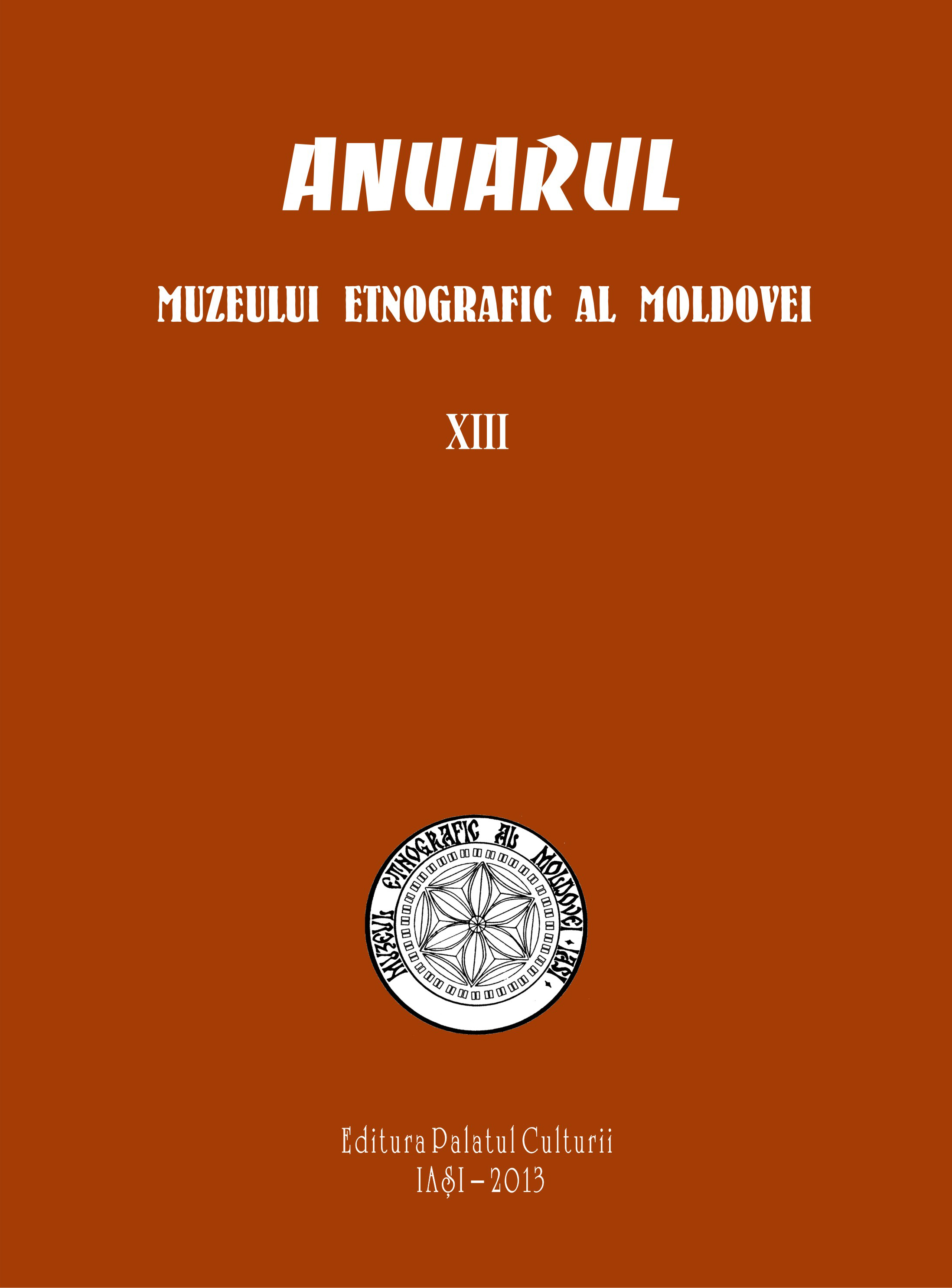 Summary/Abstract: This paper is meant to provide a summary of the information regarding some legends, related to the folklore mythology, which was gathered during the field trips carried out in 2006-2010 on the territory of the region of Oltenia. The Romanians have a very developed concept of «living deadmen», or «vampires», widespread in the Carpathian-Balkan region. «Walking deadman» can be referred to as strigói or morói (murói). The term strigói is a derivative from strígă „witch”, „unclean spirit” and likely to be of Latin origin – from lat. strīga, -ae [strix] „old sorceress, witch”. On the territory of the Carpathian-Balkan region related terms can be heard from the Albanians (štrigё „witch”) and the Slovenes (štriga, štrigno). The term murói (morói) has counterparts in a number of Slavic languages (cf. Serb., Croat., Slov., Pol. mora, Alb. morё, modern Greek. µόρα). In all explored communities we recorded notions of beings, devouring the Moon, that are named vârcoláci (sg. vârcolác). Vârcolác is a term of Slavic origin, that was initially related to the word «wolf» and that seems to have entered Romanian language from Bulgarian (cf. Bulg. върколак, Serb.-Croat. вукодлак, Czech vlkodlak, Pol. wiłkolak, Ukr. вовкулак, Belorus. воўколак, Rus. волколак). Among the Balkan peoples the given term is also used by the Greeks (βρυκόλακας) and the Albanians (vurvolak). Beings, similar to fairies, are also referred to «throughout the Balkans» as mythological characters. In the explored communities we also found such designations of these beings, as iéle(le), or éle(le), а́le sfínte verbally „the saint ones” , céle sfínte „the saint ones” or sfínte(le) „saints”, ale frumoáse „the beautiful ones”. All other mentioned designations are euphemisms and always used in plural (cf. Rom. names from other parts of Romania – dấnsele „they” (f. pl.), doámne(le) „dames”, Bulg. живи-здрави „safe-sound”, сладки-медени „sweet-honied” and others). The origin of such tabooistic designations is likely to be related to the effort to insinuate these demonic creatures. There are also demons of destiny amongst the «panto-Balkan» mythological characters, notions which we managed to register in the explored community. The Romans, and, in particular, inhabitants of the explored communities, name ursitoáre(le), ursătóri(le), ursitóri(le), ursătoáre(le); céle tréi ursătóri „those three ursătóri”, ăle sfínte. There is a relation between the term ursitoare and the modern Greek ορίσω „to define, to confine”. Such characters – demons of destiny, mostly represented as three women, are also typical for the mythology of Balkan Slavs – the Bulgarians, the Macedonians, the Serbians, the Montenegrins, the Croatians. Most of these beings' names in cultures of the south Slavs, as well as of the Romans, are derivatives from lexemes with the common semantics „to sentence, to name, to designate” (орисници, урисници, наречници, реченици, суђеници and others). According to the records of the municipality Mălaia (Vâlcea), one female of the demons of destiny is Romanian [româncă], another one – Hungarian [unguroáică] or, according to another version, Jewish [jidáncă], and the third one – Gypsy [ţigáncă]. «Romanian» is believed to be the kindest, and «Gypsy» – the most malicious of the three soothsayers. As a remote analogy it is appropriate to mention the fact, that the Bulgarians from the South Bulgaria, Dobruja and South Bessarabia use such names for demons, in which souls of dead parturient and pregnant women embody as «Armenian females» (Bulg. арменки, ерменки, ерменлийки) or «Armenians» (арменци, ерменци). There are other mythological creatures, also related to maternity ceremonies, băbíţe or băbíţi (pl. f.) – demons, which can do harm to newly-born one. The given term, which we manage to register in Mălaia (Vâlcea) and Polovragi (Gorj), is indubitably of Slavic origin. Thus, similar mythological characters are designated with the term бабице in cultures of Serbians from eastern parts of Serbia and Kosovo. In the municipality Ponoarele (Mehedinţi) we registered the euphemistic term máicile „mothers”, which designates any illnesses. It was not found in any other explored communities (cf. the term майки, use with the same meaning by the Bulgarians in Rodopi). The idea of plague's [ciúmă,-a] personification as an old woman was found in Ponoarele (Mehedinţi). There is a legend about «plague's shirt» [cămaşa ciúmii] in the municipality Ponoarele. The notion of the «plague's shirt» [cămaşa ciumii, ia ciumii] exists in many regions of Romania, in particular, in Muntenia, Oltenia, Transylvania, Maramuresh, Bukovina. Such a shirt was associated to the most spread magic wand, which was considered to be able to stop the pestilence. All the actions to produce a shirt (spinning, weaving, cutting and sewing) were supposed to be carried out within twenty-four hours or for one night. The custom of making a shirt for one day in case of plague is also found in cultures of Bulgarians, Hungarian and Transylvanian Germans (Saxons). The Serbians from the vicinity of Pieroth (the eastern Serbia) have the custom to make the «for one day-shirt» (кошуља jедноданка) in the situations, when it is obvious, that the war is coming, and all the men, going to war, got through this shirt – it was supposed to save them from death. The Bulgarians in the Pirin region and the Macedonians in the western Macedonia used to have a custom to make linen for one night in order to survive during the plague (Maced. чумино платно), then all the inhabitants of the village passed under this linen. The Belorussians considered the «for one day-towel» to be the best means for pestilence, then all the inhabitants of the village passed under this towel, and eventually it was burnt down. This report is dedicated to the analysis of topics which, in our opinion, are «ethnographic» and lexical at the same time. Ascertaining the distribution of the discussed facts and vocabulary, designating them, is the task of the further researches.