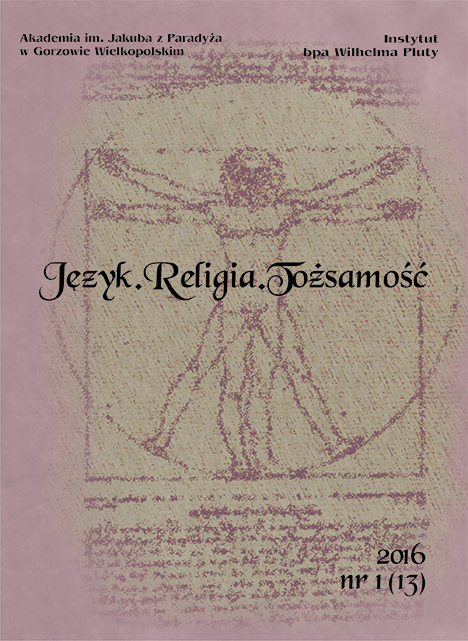 Summary/Abstract: The article shows a complicated religious situation in Bulgaria. In analytical part, the attention is drawn to characterization of Orthodox tradition of literary activity, so it can be compared to attempt of normalization of language (based on dialect so-called Paulicjanie), which was taken by Catholics in the turn of the XVIII and XIX century. Analyses of language which is used in our times by both Christian denominations indicate that nowadays the main difference between discourse, within Orthodox and Catholicism, depends on different, rhetorical orderliness of the text.