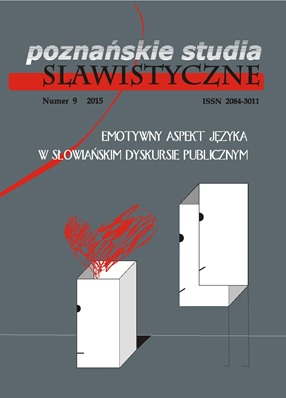 Summary/Abstract: Usage of the word ‘contemporary’ in the title of this article persuades to think of issues whichwere undertaken by editors of this volume: is emotiveness belong only to texts published bycontemporary media, or do we have to accept her limitation to media discourse, or would it beconsidered in wilder terms and draw attention to variety of ongoing discourses. From this point ofview it undoubtedly attracts attention to religious language (characteristic for particular countriesand contemporary used), which is still undefined and fragmentarily described. From this perspective author analyses the hagiography language which is included in the most recent edition ofBulgarian monastery on the Saint Athos Mount. The author wonders how influential the exigenceof contemporary recipient can be or how the writing tradition. Cited numerous examples try toprove that the religious language of Bulgaria is traditional and refers to inheritance of Old ChurchSlavonic.