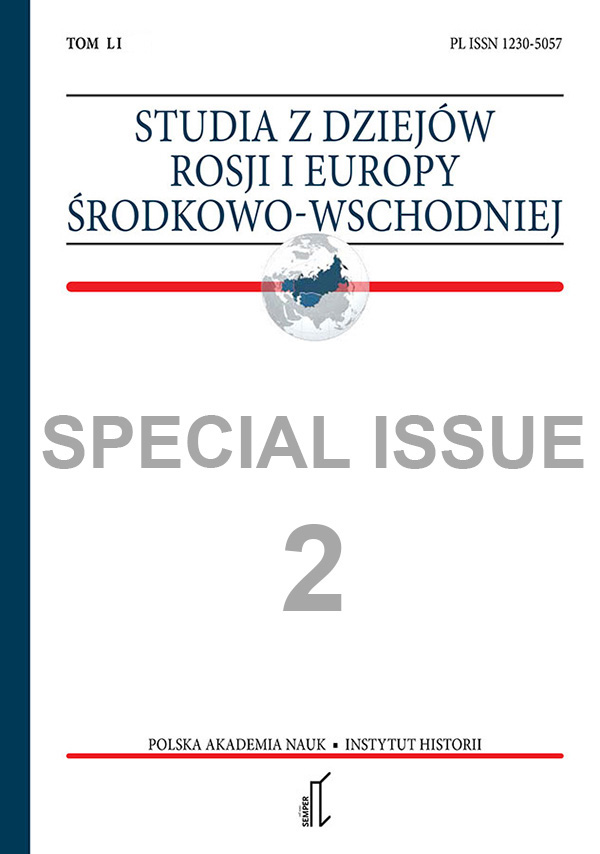 Summary/Abstract: The dissertation focuses on mutual ties and relations between the Church and the authorities and politics in Georgia. The national identity of Georgians is strongly connected with Christianity and separate ecclesiastical structures. A long tradition of autocephaly and differences resulting from autonomous development created a specific feeling of attachment to the Church, which Georgians expressed in the opposition to subordinate their Church to Russian Orthodox Church, the Russian Empire, and the Soviet power. The position of Georgian Autocephalous Orthodox Church in the country’s life after the fall of the communism was shaped by the political situation of that period. The role of the national church was strongly emphasised and freedom regaining Georgians combined national slogans with their religious orientation. For a long time, the Georgian Church was the only one allowed to function in Georgia. The authorities, in need of the Church’s support, decided to give it an exceptional role in the state (Art. 9 of 1995 Constitution and the “Constitution Agreement” executed and ratified in October 2002 by the parliament and the Holy Synod). These and other provisions included in the legal acts resulted in a tremendous preference of the Georgian Church which leads to the spreading of religious extremism in the country, initially tolerated by the authorities. However, with the demands to introduce political reforms aimed at bringing Georgia closer to the model of Western countries and the country’s aspiration to join the European Union, the authorities were compelled to take steps and decisions which were contrary to the standpoint and activity of the Georgian Church. This, however, for long time enjoying incredible social trust, managed to maintain its position, among the others due to the ability to skilfully balance between the expectations and needs of the authorities and the accomplishment of its own goals. The Georgian Church is considered one of the most important actors in the Georgian public life and its influence on politics is considerable. It plays a significant role both in exacerbating ethnic, religious, and social conflicts in Georgia which translates into the relations of the country with its neighbours and the mitigation of emerging problems (after the Georgian-Ossetian-Russian war, the Georgian Church is the sole representative of the State in relations with the Russian Federation.