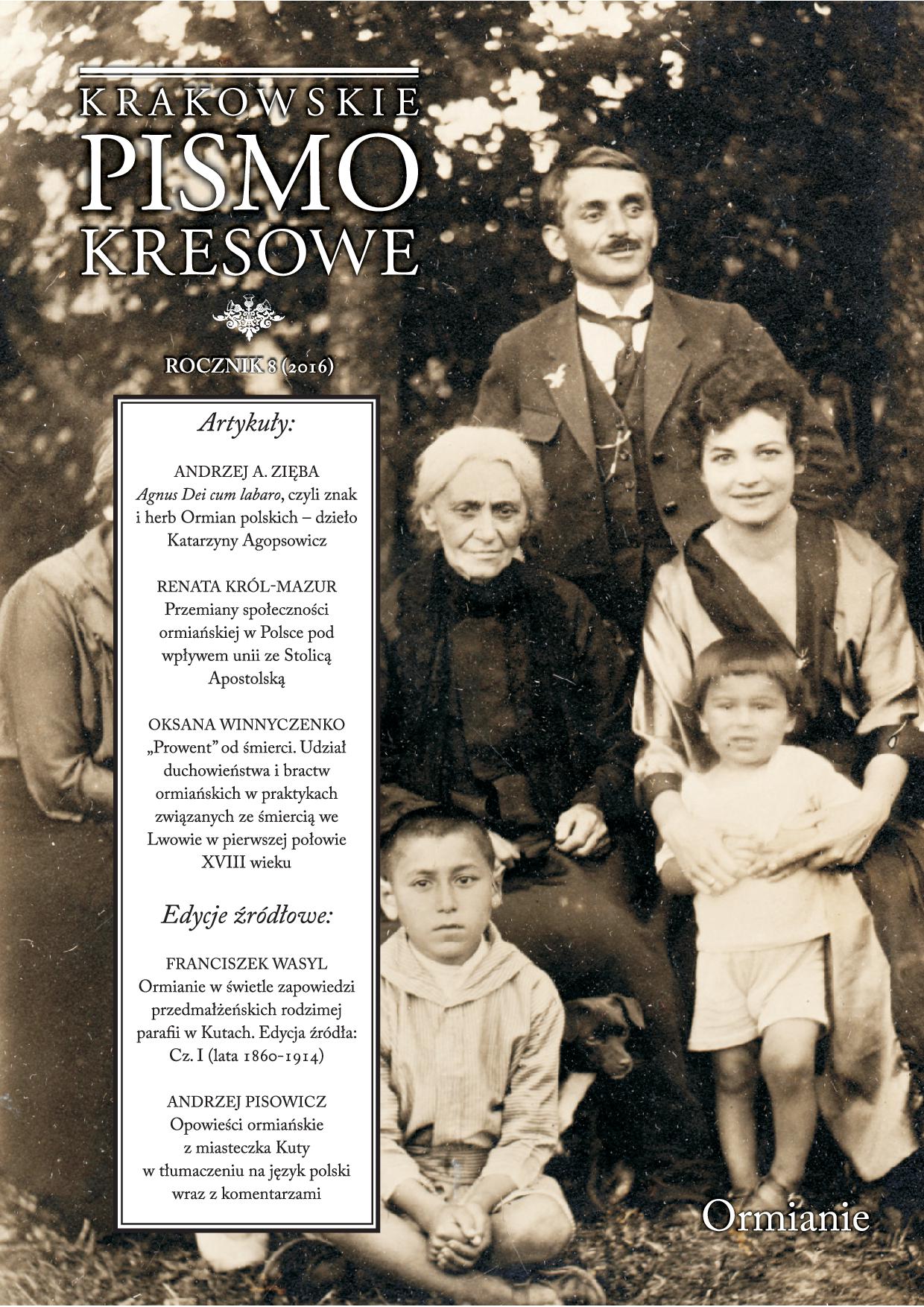 Summary/Abstract: The article is an outline of the problem and the introduction to further research on the process of Latinization of the rites of Polish Armenians. So far researchers have primarily underlined the influence of the Catholic Church on Polonization of Armenians. They indicated that the union between Armenian and Catholic churches accelerated the process of Catholization of Armenian settlers. However questions on what the Catholization process actually looked like, its course, and symptoms have remained mostly unanswered. The way the unification process was accomplished in 1630 by bishop Mikołaj Torosowicz, himself a rather controversial personality, accompanying conflicts and divisions in the initial period contributed to deepening the existing differences. The author is trying to find answers to several important questions, among the others of how the activity of the Papal College in Lvov and the convent of Armenian Benedictine nuns contributed to the rapproachement of both rites. How was Latinization reflected in Armenian rites (new services, prayers, and songs that emerged)? What were the new places of religious cult taken over or adopted by Armenians from the Roman Catholic Church? What role did the Armenian Synod in Lvov in 1689 play in the history of Armenian Catholic Church? How was the adoption of the church union by Armenians reflected in culture and arts (among the others in music, architecture, painting, miniature, and language)? Such information will enable to formulate initial conclusions of the influence of the Latin Church on religious and social life of Polish Armenians in the course of the 17th and 18th centuries. They will also allow to answer the question whether the adoption of the church union by Armenians really contributed to their Polonization, as indicated by historiography (particularly the Ukrainian one) or was the process easier due to acculturation which occurred much earlier.