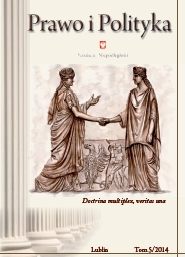 Summary/Abstract: The aim of this article is to examine the history of Basque nationalism: from ancient times when local privileges and rights (fueros) have their origins, through rather modern times of the First Spanish Republic, World War I, Spanish Civil War and Franco era, to post-dictator democratization. The article, leading the reader through the Basque history, presents various dimensions of Basque nationalism, shows uniqueness, culture and tradition of Basques, underlines their affection for language and land. Key figures of that affection are achievements of Sabino Arana, creator of modern Basque national thought, social animator, originator of national symbols and founder of the most important and influential Basque political party – Basque Nationalist Party (Partido Nacionalista Vasco). Article also succinctly analyses Spanish political system on the verge of democratic change, its relations with Basques and the emergence of radical, pro-violent nationalist wing