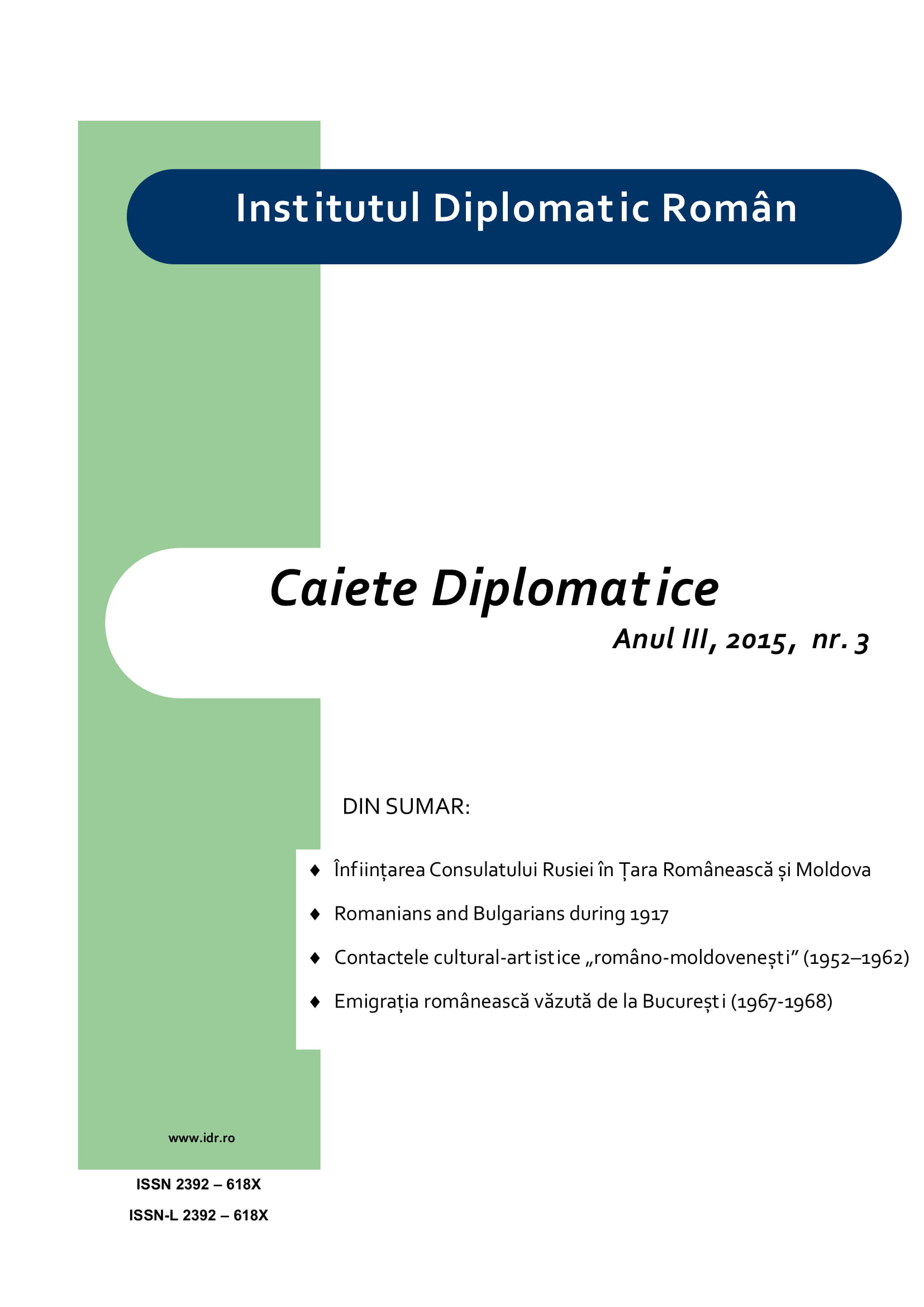 Summary/Abstract: Towards the end of the 19th century and at the beginning of the 20th century, in a quest for allies in the fight for world dominance, the Great Powers turned to Romania. However, try as they might, they did not succeed in drawing it in their area of influence. The paramount foreign policy act with critical and long-lasting implications for the independent and sovereign Romanian state was the signing, on 18/30 October 1883, in Vienna, of the defensive secret alliance treaty with the Central Powers. The masterminds behind this were the young and active Romanian diplomacy which carried it out with profound soundness and political clairvoyance. This crucial step has been made of the stringent necessity to detain the expansion policy and the continuous pressure and threats coming from the Russian colossus as it was making its way through the Balkans.