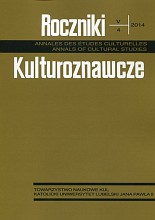 Summary/Abstract: The Holy Land, the area considered to be Terra Sancta for Jews, Christians and Muslims, is very well known, but its exact limits are not fixed as everybody has his or her definition of that special area. The Holy Land is an imagined area and its map are mental map, established according the beliefs of those who deals with it. The Uniqueness of the Holy Land is one hand— its holiness for three religions, and, on the other hand, we deals not only with a list of holy places, which is common everywhere, but with the whole area in which those holy places are located. Even though, The Jewish tradition can present three different limits, the Christian one is not precise and the Muslim's view is nearly not known. As such, the modern boundaries of Israel and Palestine are not the boundaries of the Holy Land, although those, which made a pilgrimage to this holy area, visit these modern countries, with the view that they visit the Holy Land.