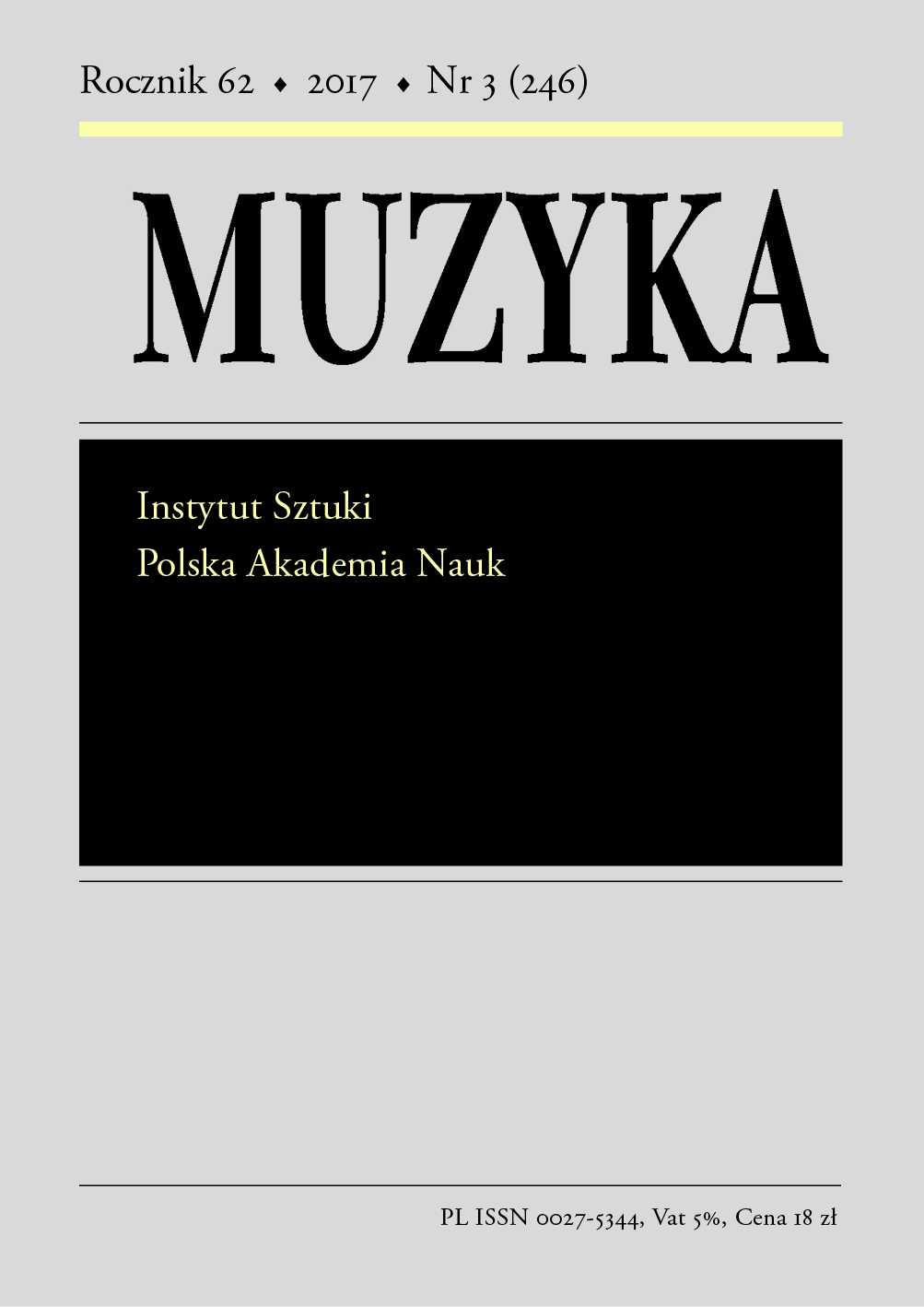 Summary/Abstract: Since the mid 1970s, when Petrus Wilhelmi de Grudencz (1392–after 1452) was discovered by the Czech musicologist Jaromír Černý, a rich literature has been produced relating to his life and compositional work. The aim of the article is to take a closer look at the literary output and poetical skills of this son of Grudencz (Grudziądz) within the context of his education and of the Central European environment in which he was raised. Students and alumni of Central European universities in Cracow, Prague and Vienna were taught from ‘Poetria nova’ by Geoffrey of Vinsauf, ‘Laborintus’ by Eberhard the German and John of Garland’s ‘De arte prosayca, metrica et rithmica’. These ‘artes poetriae’ were specifically mediaeval textbooks, combining elements of grammar, poetics and rhetoric. The author analyses texts by the Grudziądz composer as examples of the practical application of the recommendations of authors of school poetica.