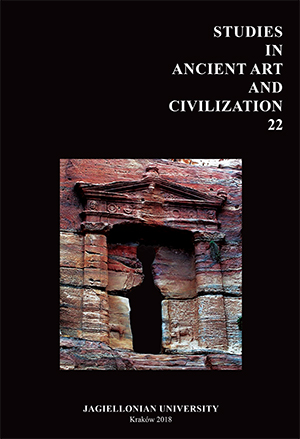 Summary/Abstract: Johann Peter Titz (Lat. Titius, 1619-1689), a professor of rhetoric at the Gdańsk Academic Gymnasium is known as an author of speeches, poems, rhetorical and historical writings. However, in 1676 he published an important (though less known) work on numismatics: Commentatio tertia, nummaria, de pecunia vetere ac nova, abaco tabulisque exhibita (Third, Monetary Commentary, on Old and New Money, Presented on a Plate and in Tables) as a signifcant part (320 pages) of a collection of treatises of more than 1,000 pages entitled Manuductio ad excerpendum. The aim of the paper is to present the content of the Commentatio tertia, nummaria and its ancient and early modern sources. The overall approach to the Titius’ study shows its practical nature (almost a third of the entire argument is devoted to attempts to reconcile the values of various ancient denominations and accounting units with contemporary coins) which seems to suggest that it might have been used by students viewing the coin collection in the Gdańsk library. A more thorough examination of the Commentatio alongside an analysis of the accounts of the seventeenth-century Gdańsk writer’s numismatic collection may contribute to determining to what extent numismatics were a permanent feature in the gymnasium curriculum in Gdańsk in the latter seventeenth century, and to what extent the youth (juventus) of the Academic Gymnasium, to whom Titius was addressing his work, really wanted to and could identify ancient Greek, Roman and Jewish coins.