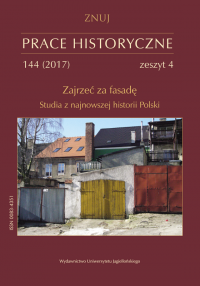 Summary/Abstract: The official relations between Poland and Japan started in 1919. Throughout the entire interwar era, till December 1945, when Poland declared war on Japan, they were friendly, although due to geopolitical conditions not especially intense. After the war, the Iron Curtain fell deeper between East and West, and the division between the two camps became sharper. Post-war Poland became totally dependent on the USSR, which impacted the Polish foreign policy towards Japan. This paper examines the negotiations between Poland and Japan which proceeded in the years 1947–1957, and the problem of reestablishing official relations between the two countries after the war.