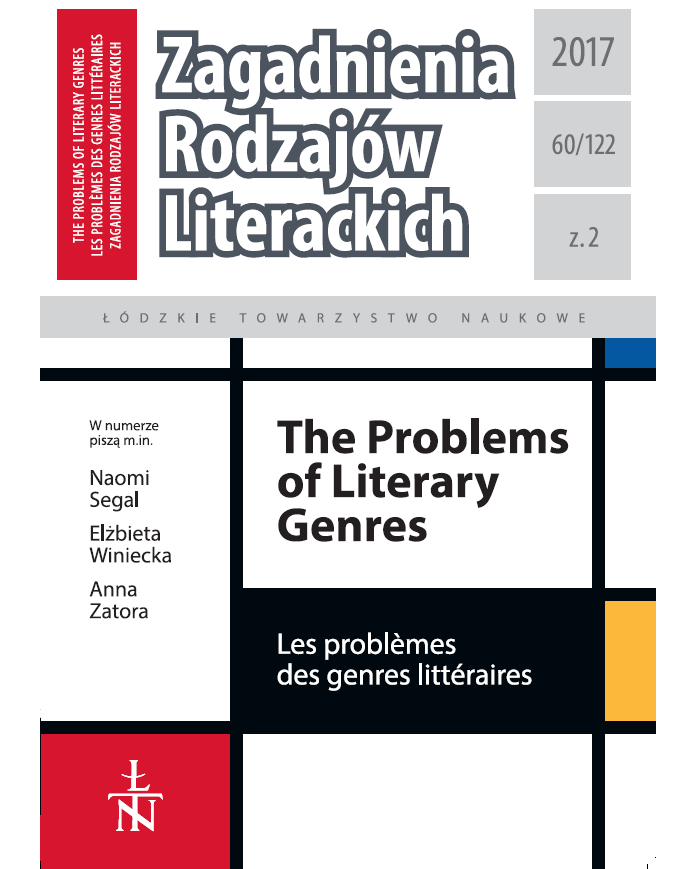 Summary/Abstract: This article is devoted to the apothegm understood as a literary genre. The aim of the article is to present the etymology of the very word as well as gather and organize the distinctive features of the genre by referring to the Greek, Roman and early modern tradition in order to highlight those aspects that indicate its evolution. What is more, the article also points out the differences between the apothegm and other cognate genres, such as proverbs, maxims, gnomes, dicta, anecdotes and aphorisms. The apothegm is presented as an exceptional genre since, by emphasizing the conciseness and wit of “speech activities”, it enhances sensitivity to current circumstances. Aptly, the apothegm strengthens a singular, wittily articulated and highly individual verbal reaction to a situation that occurred at an exceptional moment.The article especially points to the philosophical aspect of the apothegm, that is, its anthropological dimension. The apothegm is the form of the word, capable of expressing all intricacies of human nature, becoming an equivalent to history or biography. Thus approaching apothegm, that is, as a literary genre, allows it to be considered as an adequate reflection of one’s personality, combining the constant with the singular and the changeable in human nature. Therefore, the genre borders on rhetoric, history, biography and philosophy.