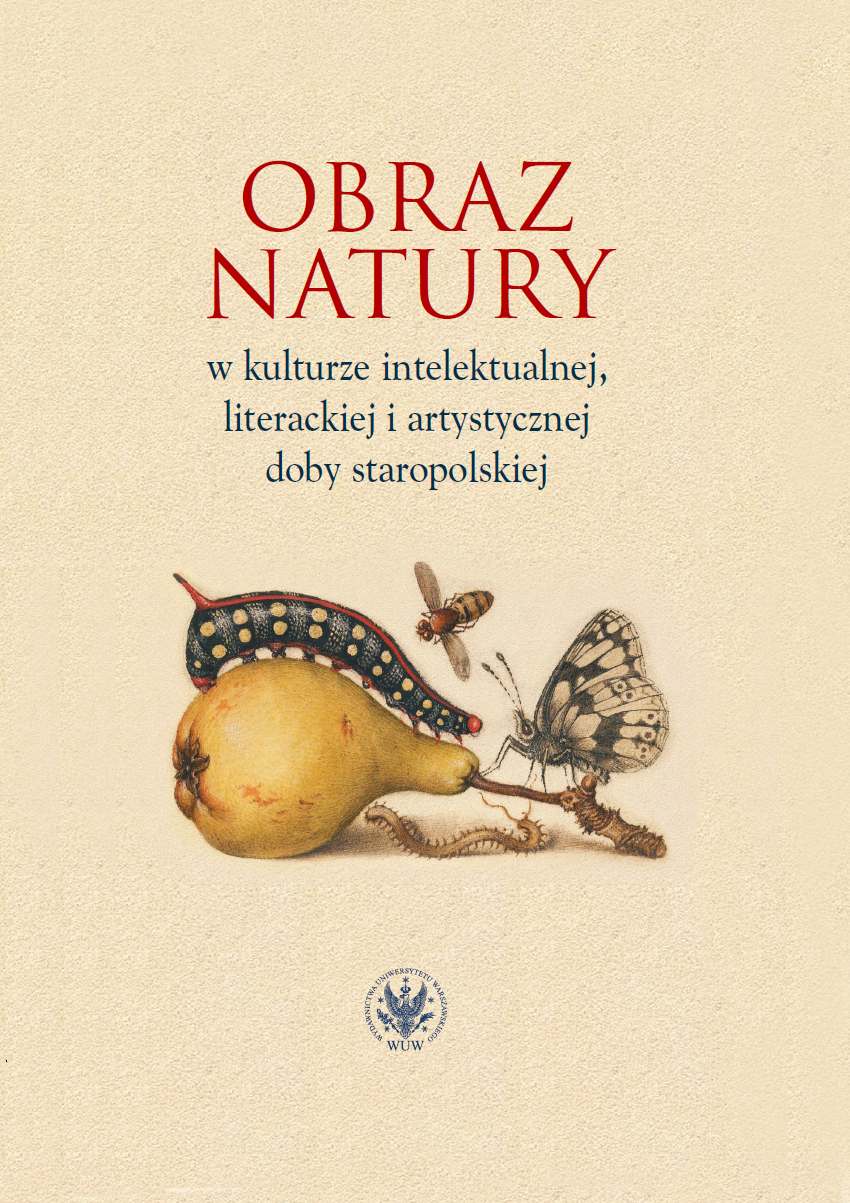 Author(s): Justyna Dąbkowska-Kujko
Subject(s): Cultural history, Studies of Literature, Theory of Literature
Published by: Wydawnictwa Uniwersytetu Warszawskiego
Keywords: language; Erasmus of Rotterdam; logos; nature and language; rhetorical figures; animal images; humanitas; thought and word; emulating Christ
Summary/Abstract: The study is devoted to the problem of language in Lingua of Erasmus of Rotterdam, which is considered, on the one hand, from the theological, anthropological and social communication perspective and, on the other hand, from the natural law position. A dynamic, changing and rhetorical language transforms nature and sets it into motion, becoming the fifth force, which is more dangerous than all earthquakes, floods, fires and plagues. The word from Erasmus’ treatise evades biblical or philosophical meanings; not only does it become autonomous from logos, its divine archetype, but it also degenerates, transgressing all theological and anthropological reasons. The lack of boundaries makes language a powerful instrument of creation and depravity in the world. The word of man is seen as a very active factor in continuous discourse, which influences the form and the quality of the reality. Language has the characteristics of the elements: it generates good and evil, it bears fruit and wreaks havoc, it becomes part of the grand spectacle of nature – a witness to God’s will and power. When Erasmus tells the “adventures” of language in nature, he uses various strategies such as onomatopoeia and catachresis to show how great is man’s participation in nature. Hence numerous images of a barking and biting dog, a squealing piglet, a neighing horse or – when the author describes the most hideous categories of people: slanderers, hypocrites, frauds – a hissing snake, adder, lizard or scorpion. Such images are meant to theriomorphise man and, even though they are metaphorical, Erasmus’ man transgressing his natural boundaries is situated on the peripheries of humanitas and perceived as alienated albeit entitled to his own, independent ontology. The essence of Erasmus’ argument lies in his belief that man – if he does not undertake this effort, does not realise how decisive it is to bring the thought closer to the word, what consequences responsibility for a language, sentence, word, letter or even sound can have for whole societies – will degenerate. Thus in Lingua a man is formed ethically, he either cultivates his humanity or degenerates by participating in the animal world. The Dutch humanist believes that using language does not make man different or better than other creatures and that he should aim to become – through his words and in his words – the image of Christ.