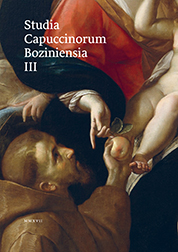 Observationes ako forma vedeckej komunikácie od stredoveku do 18. storočia
Observationes as a Form of Communication across the European Community of Scholars from Medieval Time to the 18th Century

Summary/Abstract: The reign Charles of Great introduced Latin as a universal language of scholars, so-called lingua franca. Latin kept this position until mid-19th century, because national languages got preference. However, Latin’s domain has lasted until today in certain fields of study in turns of terminology. This paper focuses on the phenomenon of observations across natural and social-economic circumstances. The term observationes originated in Medieval time and it’s derived from Latin verb observare – to observe, to monitor, to keep, to maintain. This labeling can be found in the area of philosophy, secular and monastic life, astronomics remarks, travel reports and natural sciences including medicine as well as law.