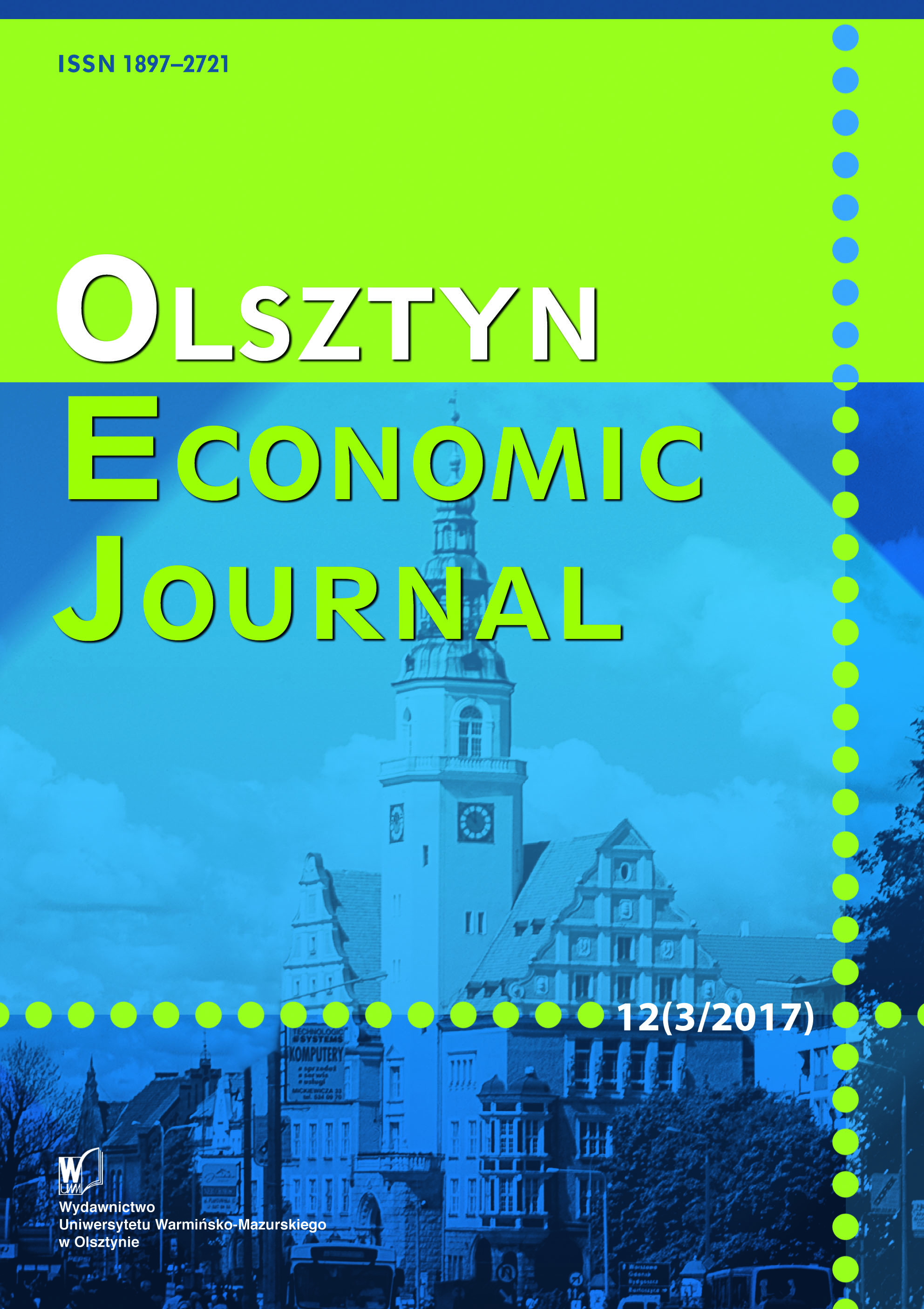 Summary/Abstract: The aim of this article is to show the relationship between the number of employees and economic activity of the population in the Warmia-Mazury Region and in Poland from 2005 to 2014. This situation on the labour market was characterised by the values of factor activity, employment rate and unemployment rate. The source of information for the calculation was data from statistical offices – the provincial, Central and Regional Labour Office. The study showed positive changes expressed by increasing employment mostly in private enterprises belonging to the SME sector. These changes were significantly correlated with the values of unemployment rate.