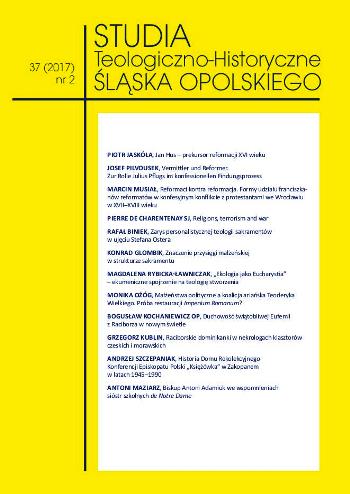 Summary/Abstract: 7 Dominican obituaries of the Czech and Moravian monasteries, kept in the Prague and Brno archives, were analyzed. This research allowed for the presentation of 76 Racibórz Dominicans who died in the years 1710–1817. Comparing the results achieved with other sources (Liber albus, Acta Capituli Provincialis Fratrum Praedicatorum Provinciae Bohemiae, lists indicated by Augustin Weltzel and Kazimierz Dola), there are also 24 nuns, who died after the entrance of the Silesian monasteries to the Czech province. In total, a list of 100 nuns has been established, which greatly expands the existing knowledge of the composition of the Dominican monastery in Racibórz. It is the starting point for further prozopographical research on this convent.