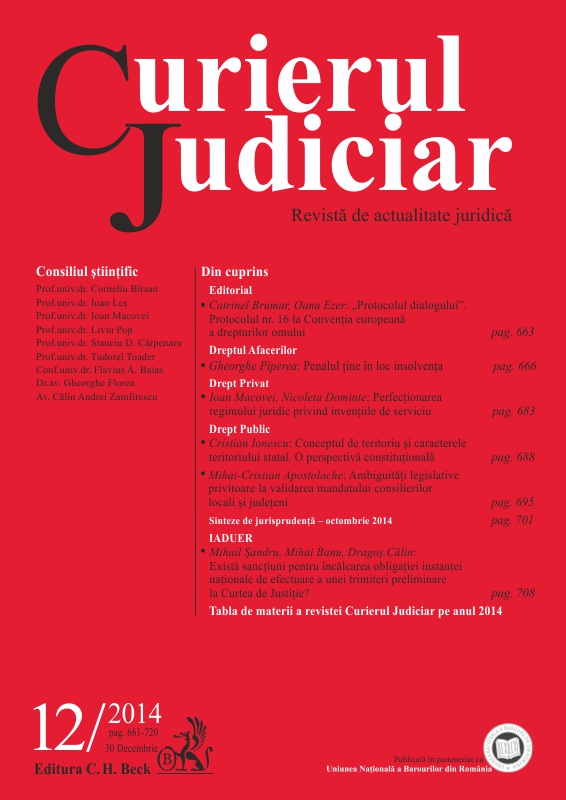 Summary/Abstract: This article considers the framework of potential sanctions for the case when the European Court of Justice is not referred with a preliminary reference, while the national court is under a duty to do so, according to Article 267(3) TFEU.The scenarios examined in the paper comprise the duty to state reasons which is incumbent upon the court that refuses to refer questions to the the European Court of Justice, the Member State liability for a breach of EU law, according to Köbler case law, and the infringement proceedings brought by the European Commission against the Member State. The last scenario finds its basis in the (apparently) simple finding that courts and tribunals, even if they are independent, are nonetheless institutions of the Member State.