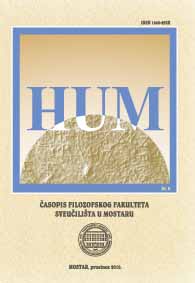 Summary/Abstract: The aim of this paper is to provide a somewhat new insight into the gender issue in a selection of Ernest Hemingway’s texts from a Lacanian point of view. Hemingway’s male characters, both consciously and subconsciously, assign to their women the stereotypical role of a faithful supporter, usually with no life of their own, in order to sustain an ideal image of themselves. These men use the institution of marriage or a relationship as a means of supporting their male supremacy, which leads to the female’s subordination. Consequently, women are reduced to the role of a nurse or even an apprentice, while their subordinate position creates in men the feeling of power. The use of stereotypes in any type of discourse is an exercise of power or superiority over others.