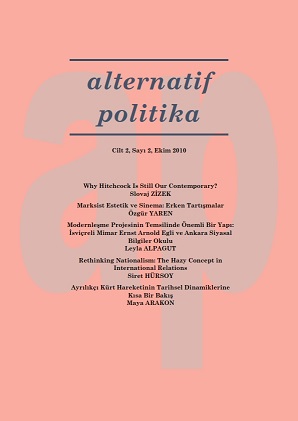 Summary/Abstract: For almost 30 years, Turkey has been passing through a vicious circle of violence and the war led between the Turkish army and the Kurdish separatist militants in the Southeast of the country could not reach to an end. One of the reasons of this violent circle is the assimilation and oppression policies that Turkish state has applied over the Kurds since the foundation of the Turkish Republic, and the second one is the gravitation of the Kurdish political movement to violence as a result of those oppressive and assimilative politics. In the construction of the Kurdish identity, the Turkish identity has played a major role since the Kurdish identity has been shaped by the construction of the Turkish one within the nationstate project of the Turkish state. It is possible to affirm that the policies which resulted from this shaping and the long-term repercussions of these are important factors to explain the escalating violence that Turkey has been facing especially after the Coup of 1980.