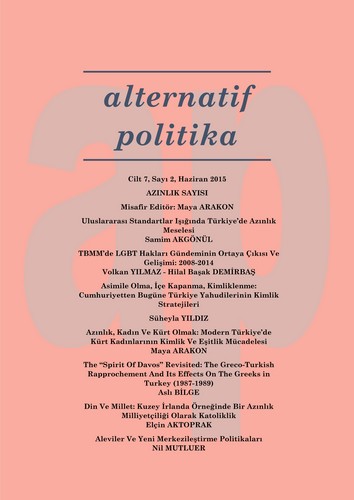 Summary/Abstract: Kurdish women have had a particular role in the Kurdish political scene in the last years. They have not only started to shape the political scene, but also take leading positions in the decision-making procedures and even in the national struggle to claim ethnic identity, and equality with not only men but also with their Turkish counterparts. Why and how are the Kurdish women getting the lead in politics? What is particular about the Kurdish political movement in which women have risen to the top in a region that is usually marked by patriarchal practices and where there are traditional impediments in front of women’s emancipation? This paper considers the first results of an ongoing project and seeks to reply to these questions within the context of Turkey, through interviews with politically and civically active Kurdish women in Turkey. It argues that it is due to the Turkish state’s homogenization policies and practices that Kurdish women found themselves oppressed twice as much, once because they are Kurdish and twice because they are female. Yet, their womanhood is tightly intertwined with their ethnic identification due to the Kurdistan Workers’ Party’s (PKK) policies of putting women at the heart of their aim of nation-building, very similar to any modern nation-building strategy. Thus, the paper aims to understand and delineate the mechanisms of being woman and being Kurdish in Turkey during the past three decades through first and second-hand data.