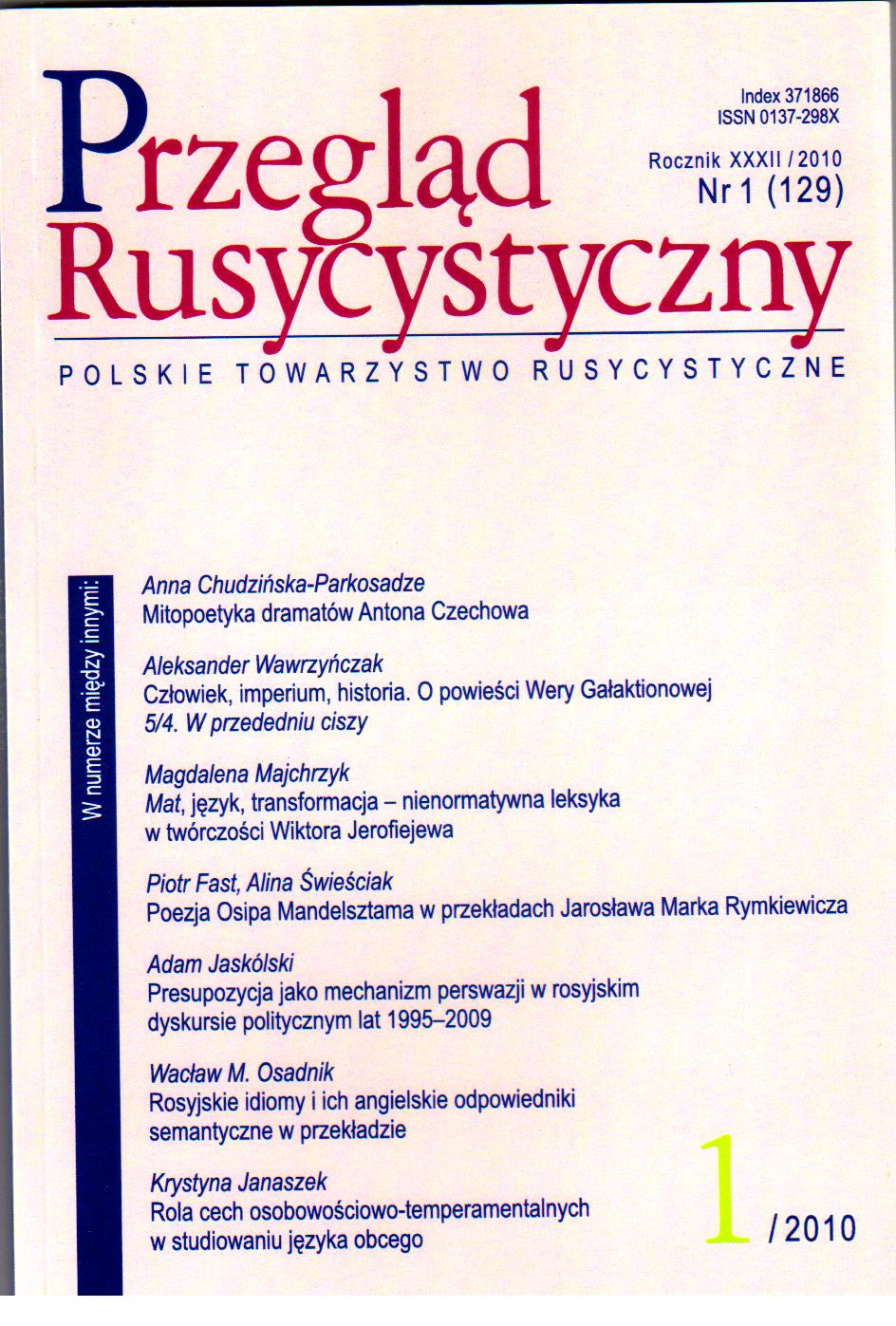 Summary/Abstract: The aim of this paper is to describe the creative profile of Vasily Grossman (1905–1964), a Russian Jew born in Berdichev (in present-day Ukraine), who had made a history as the author of two novels which I both consider to be masterpieces of Russian literature in 19th and 20th century. The first work — Everything Flows… — was written in the period between 1955 and 1963, the second one — Life and Fate — was finished in 1960. The latter was promptly confiscated and totally erased by the KGB. Mikhail Suslov — the main ideologist of the Communist Party by that time informed Grossman that such works will gain right to exist in Soviet Union within two hundred years time and no sooner. Both of the novels have actually been published in the West (in Frankfurt and Lausanne). The world has then heard about the superb Russian novelist, bringing back the tradition of humanistic 19th century writers such as Tolstoy, Dostoyevsky and Chekhov. I do believe that Jerzy Czech’s translation into Polish language will establish Life and Fate’s position in Polish culture as one of the greatest European novels of the 20th century which may easily be compared to most significant works of Mann, Kafka, Camus, Bulgakov and Solzhenitsyn. When using the expression “Socrates from Berdichev” what I meant was to emphasize Grossman’s constant search of not so much the Truth and Good but rather of the Goodness which heals and liberates human soul. He always supported and fought for the specific human being and its existence, defending it from the fate impending on citizens and societies.