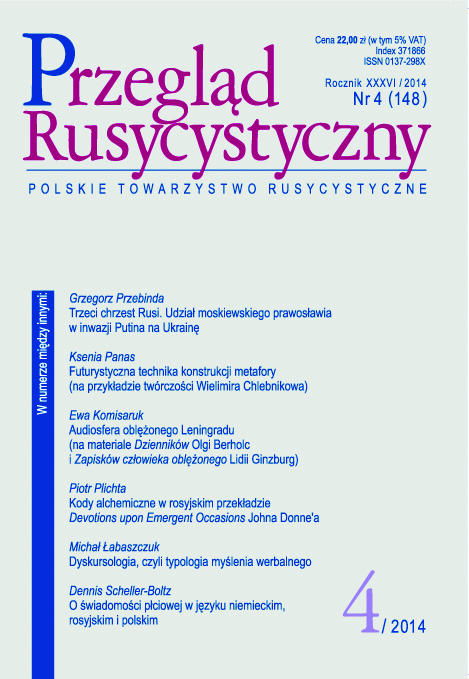 Summary/Abstract: The author discusses the role of Russian Orthodox Church authorities (Patriarch Kirill and Metropolit Illarion in particular) in the process of creation of ideological-religious basis for incorporation of Southern and Eastern Ukraine. While Vladimir Putin refers first of all to the Russian political tradition, religious authorities pay more attention to religious-national unity of Eastern Slavs (Russians, Ukrainians and Belarusians), which began in 988 at the moment of the baptism of Rus.