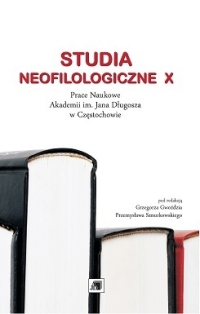 Summary/Abstract: The present article is an analysis of the dantesque Hell and Paradise represented in the literary output of the American poet Ezra Pound. The author of the article focuses on the interpretation of The Cantos, particularly The Pisan Cantos and post-Pisan Cantos created in the final phase of the poet’s literary output (1954–1972) which reflects his personal crisis as an artist, thinker and man. The Pisan Cantos and post-Pisan Cantos, whose guiding motif is Dante’s The Divine Comedy, were created during the poet’s imprisonment near Pisa in 1945 after his indictment for treason and then his stay in St Elisabeth Hospital for the Criminally Insane in Washington D.C. The article examines the motif of Dante’s Hell, Paradise and Purgatory in Ezra Pound’s epic both with reference to the American artist’s traumatic experiences as well as to his spiritual, artistic and philosophical journey during which he searched for inspiration, wisdom and internal harmony.