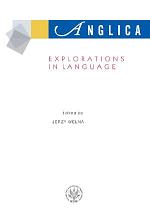 Summary/Abstract: In the 20th century detective stories and crime novels aroused a widespread interest and became the subject of a lively discussion among various critics and writers. The works of such well-known authors as Agatha Christie, G. K. Chesterton, Raymond Chandler or Dashiell Hammett helped to constitute the canon of British and American crime literature and reflected the established social and cultural norms in these countries before and after World War II. The books of British and American novelists indubitably conformed to the rules of the classical detective and crime fiction laid down by S. S. Van Dine, Tzvetan Todorov and George Burton. Despite numerous alterations this genre has undergone throughout its history, its pattern and major constituents, such as the presence of the detective, the criminal and the motive of the crime, remained barely unchanged until the late 1960s and 1970s, when there appeared new tendencies which reflected broader alterations and modifications in art and culture.