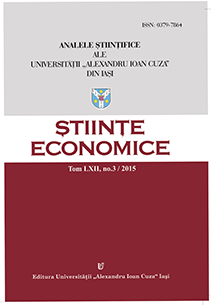 Summary/Abstract: The relationship between unemployment and economic growth is known as Okun´s Law. Okun´s Law is used to estimate the reaction of unemployment rate on change in GDP growth. The purpose of this paper is therefore to examine the possibly asymmetric relationship between changes in output and gender specific unemployment rates by estimating Okun´s coefficients for all countries of the EU, as well as for selected groups of the EU countries. These groups include countries with similar characteristics that differ from other groups and represent the diversity among the EU. The results confirm that male unemployment is more sensitive to changes in GDP than the unemployment of females. Furthermore, findings differ on the country´s specifics with higher sensitivity in countries with lower economic performance.