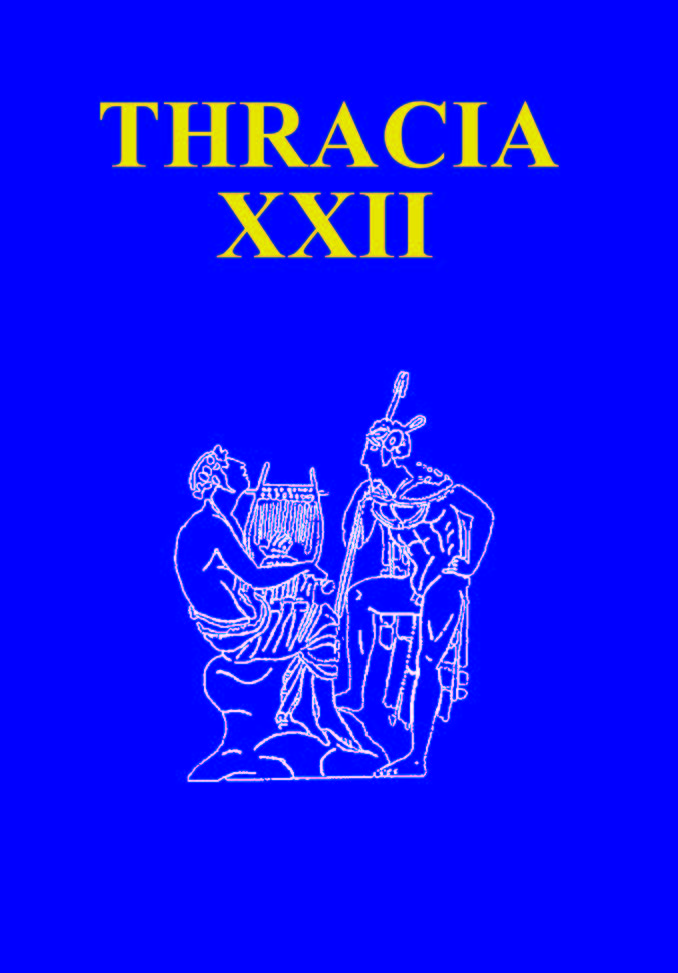 Summary/Abstract: During their military and political culmination, the Skordiskoi bordered on the Triballoi and the Moesians, but the Celts penetrated towards Illyria, Paionia and Thrace, spreading their hegemony deep into those areas. The Triballoi, the Moesians, the Krobysoi and the Troglodytai inhabited the lands around Kallatis, Tomis and Histria, but after the ’eighties of the 1st century BC, the Triballoi and the Moesians moved to the west under pressure from the Bastarnae, because the Skordiskoi were already suffering blows from Lucius Cornelius Scipio Asiagenes, after which they were exposed to the aggression of Burebista’s state agglomeration. In this way, until the ’eighties of the 1st century BC, the Oskios River was the western border between the Celts and the Triballoi. After the ’eighties of the 1st century BC, the hegemony of the Skordiskoi was already abolished and hence the sources mention the Illyrians. Those Illyrians were the Dardanioi. Strabo shows very well how the Triballoi and the Moesians, pressed from the east and from the north, sought salvation to the south and to the west of the Istros. After the decline of the Skordiskoi and after the disintegration of Burebista’s state union, the Triballoi, under the pressure of the Bastarnae and Sauromatai, crossed the Oskios and reached the Ciabrus River, whereby those who headed to the west of the Oskios had a military confrontation with the Dardanioi (Illyrians). The last historical evidence about the Triballoi belongs to Cassius Dio. After the military and political offensive of Marcus Licinius Crassus in 30–29 BC, nothing was to be heard of the Dardanioi, Triballoi and Moesians. Only the Skordiskoi were noted around 16 BC, when – together with the Denteletai – they made an incursion into the Macedonia Province and devastated it. It was the Skordiskoi who benefited briefly from the defeat that Marcus Licinius Crassus inflicted upon the Bastarnae and the Dacians. The domination of Rome loomed clearly on the horizon.