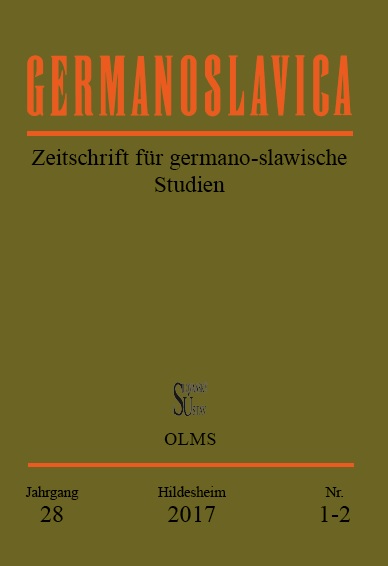 Summary/Abstract: The fact that the vast majority of the deportation narratives of the 20th century display the perspective of victims and witnesses induces a certain axiological direction. The narrations of perpetrators and ideologists of the expulsions are excluded, their voices marginalized and exorcized from literature. The expulsions are mainly presented as crimes with far-reaching consequences. While this perspective dominates the popular discourse in Poland, Polish literature also encompasses an alternative current which paradoxically draws attention to the advantages which the expulsions and deportations had for those deported. The border between these two currents had already been blurred in Polish literature of the 19th century in the depiction of the deportations to Siberia. After the Second World War some books written in Poland describe the deportations to Siberia in the middle of the 20th century in a similar vein; this applies e.g. for the testimonies provided by pro-communist soldiers of the Berling Army about deportations to the USSR. Because of this the deportation to Siberia in the 1940s was only partially a taboo. The central issue of the narrations about deportations and expulsions, however, concerns the way in which certain historiosophical presuppositions—be they explicit or implicit—influence the axiological perspective of a particular account. Of special importance is the exploration of the imprint of “alternate history” and of a post-moralist perspective on deportation narratives about the fate of the German and Polish populations. The article proposes a preliminary typology of the axiological perspectives which shaped the expulsion narratives in Polish and German literature in the second half of the 20th and at the beginning of the 21st century, distinguishing between the following basic concepts: 1) the Nemmersdorf axiology, 2) the axiology of biographical balance, 3) the deportation axiology of the “ideological fatherland,” 4) the axiology of the expulsions’ historical balance, and 5) the axiology of “alternate history.”