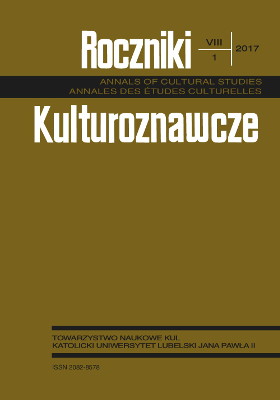 Summary/Abstract: The question of the attitude of national culture to multiculturalism is becoming a major problem today. A serious mistake is made when setting the alternatives being between the nation-state and multiculturalism. Polish History teaches us that at the base of the national culture are universal values that are important to all cultures and multicultural states. National culture is based on tradition, language and religion, which are characterized not only by—dialogically— dialogue on a historical level (references to a common past), but also by social level (references to the present). The background of any national culture is the human being, who experiences himself in dialogue with other people, and also in dialogue with other cultures and nations. The author of this article tries to bring the problem of man in from the perspective of people, nations, patriotism and society reflected by Rev. Józef Tischner and his interpretation of the words of Pope John Paul II at the United Nations in 1995. These two authors present the universal nature of the dialogue that lies at the base of the national culture, and the multicultural European. This dialogue is the result of the shared ethical values that underpin European culture concentrated on man and his dignity.