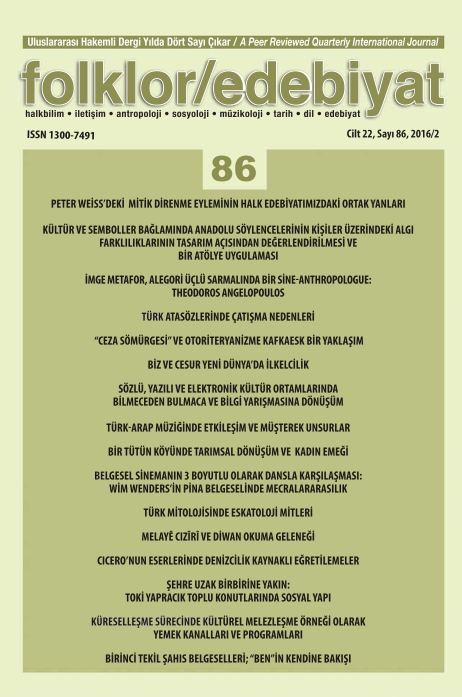 Summary/Abstract: In terms of literary history Franz Kafka is included in the new objectivism. He writes in a term that the destruction of the belief of enlightened mind could solve everything and irrational and intuitive dimension take the place of mind reaching the reality. In this term, including 1919-1932, the outcomes of the World War I, developments in the field of industry, science and technology, the impact of the economic structure on people and man’s being crushed under the domination of matter and for this reason turning into mass people are aroused again in the works of Kafka on fictional platform. The boundaries between subject and object are erased. The reality gets into pieces and details become important. In this study, proceeding from Kafka’s story called Penal Colony, who is the pioneer of the modern literary movement, bureaucratic/hierarchical dilemma of the most important component of modern society, man’s being crushed under the domination of matter and turning into authoritarian personality will be tried to analyze in the context of kafkaeskque elements with socio-psychological and autobiographical approach.