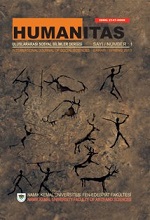 Summary/Abstract: It is vital to do research in the field of children’s and youth literature in order to improve the field which is new and has made much progress in Turkey in the last decade. The contemporary author of children’s and youth literature Aytül Akal aims to bring the child into a subject rather than an object and handle the child’s reality in modern conditions in her poetry and prose. Semiology, which has emerged as a result of the developments in linguistics at the beginning of the 20th century and which flourished in the 1960’s and being used to analyze works in several fields, such as photography, architecture, theatre, fashion, cinema, has been adopted by many theorists. This method is especially used to analyze written texts. Semiology tries to re-read the creation process of the meaning in texts and exposes all the formation stages including surface structure and deep structure by examining the layers of the meaning of a text. The aim of this study is to re-read the creation process of the works Açıl Kapı Açıl (Open Door!) and Açıl Bahçe Açıl (Open Garden!) created for children aged of 5-7 by author Aytül Akal and illustrator Mustafa Delioğlu through a semiological approach and to make a comparison between the two texts in terms of narrativity and discursivity. We also analyze intersign relations of front covers and back covers. This study is based on the semiological model of Algirdas Julien Greimas.