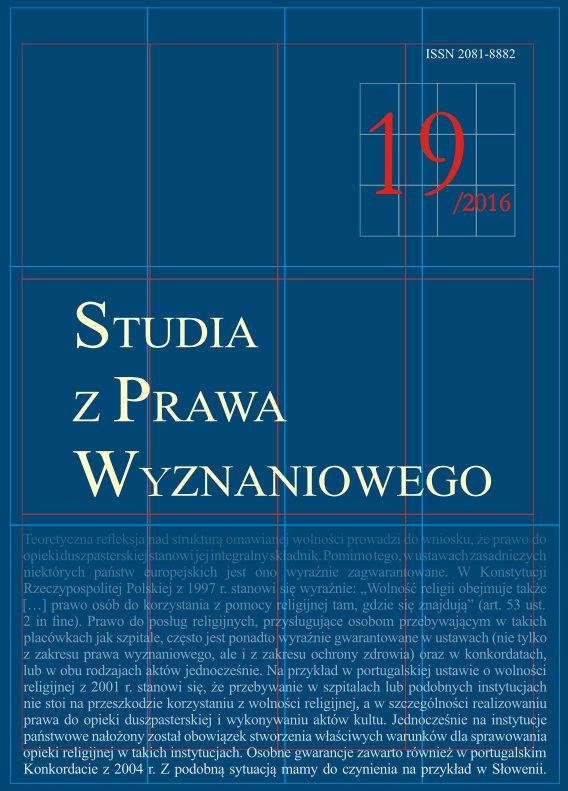 Summary/Abstract: In Poland, after World War II, religious policy, led then by the communist government, was rooted in the Marxist-Leninist system that was atheistic in nature and, as a consequence, hostile to churches and religious associations. In Poland, the vast majority of the population were Catholic, so almost full brunt of anti-religious campaign of the then authorities was directed against the institutions of the Catholic Church. One of the methods of fighting was instrumental application of the provisions of statutory law. The article describes such an application of the Regulation of the President of the Republic of Poland of 27 October 1932 - Law on Associations. All congregations had to comply with the provisions of this law after the entry into force of the Decree of 5 August 1949. Thus, the rules relating not only to legalization or liquidation of the associations already operating, but even those defining supervision over the activities of these legalized associations have become the means of repression against religious congregations of the Catholic Church. In this paper, the author presented examples of the instrumental application of the provisions of the Law on Associations to monitor and obstruct the activities religious orders.