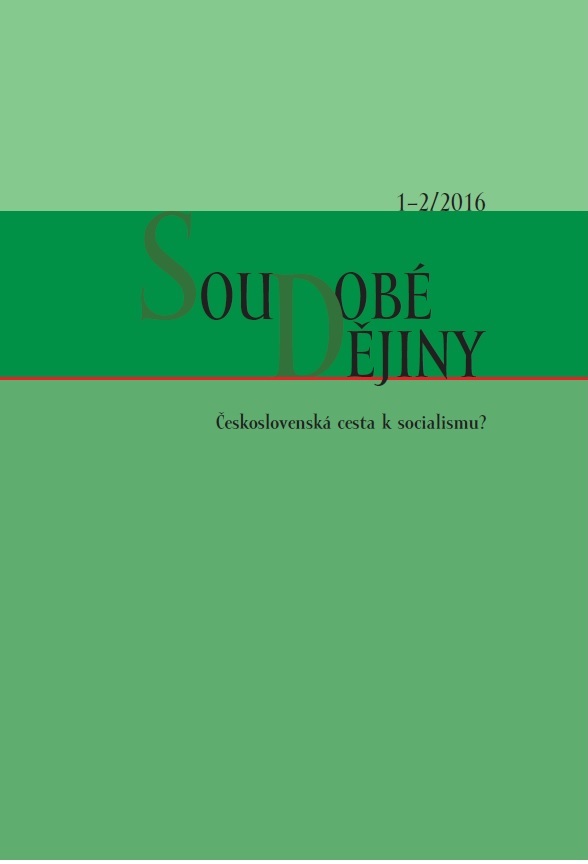 Československo nad propastí: Odpověď
On the Edge of the Cold War: A Reply

Summary/Abstract: In this article, the author replies to three historians, Petr Mareš, Vít Smetana, and Jan Koura, who, in the previous issue of Soudobé dějiny, reviewed the English and Czech editions of his most recent book, On the Edge of the Cold War: American Diplomats and Spies in Postwar Prague, New York: Oxford University Press, 2012, which was published in Czech translation as Československo nad propastí: Selhání amerických diplomatů a tajných služeb v Praze 1945–1948, Prague: Prostor, 2014. In Mareš’s article, ‘Historie ve službách příběhu’ (History in the Service of the Story), Soudobé dějiny, vol. 22 (2015), nos. 3–4, pp. 504–23, Lukeš fi nds a balanced assessment of his book and some thought-provoking remarks. He accepts some of Mareš’s criticism, but also challenges some of it. At the core of the discussion is Laurence A. Steinhardt, the post-war US Ambassador to Czechoslovakia, and his role in post-war Czechoslovak politics. Lukeš criticizes Steinhardt mainly for his having been derelict in the performance of his duties and for giving preference to his own private interests over those of his country, which, according to Lukeš, Mareš relativizes. With Koura’s contribution, ‘Selhání, nebo spíš změna amerických priorit? (A Failure or the Declining US Interest in Czechoslovakia?), ibid., pp. 540–46, the author questions how much importance to attribute to US public diplomacy in post-war Czechoslovakia. The reviewer’s criticism, that the author neglected the initiatives of the US Embassy in this area, does not, according to the author, stand up to scrutiny, because those attempts amounted to too little too late. The author devotes most of his reply to Smetana’s review, ‘Na pomezí historického románu’ (Almost a Historical Novel), ibid., pp. 524–39), which he considers to be biased, unfair, and unfriendly. He focuses on three points that Smetana has criticized him for: his allegedly ignoring a large part of the historiography on the subject, the alleged dubiousness of some of the facts he presents, and his allegedly one-sidedly negative assessment of Ambassador Steinhardt’s work in Czechoslovakia. The author rejects Smetana’s arguments and fi nds nothing positive to say about his review.