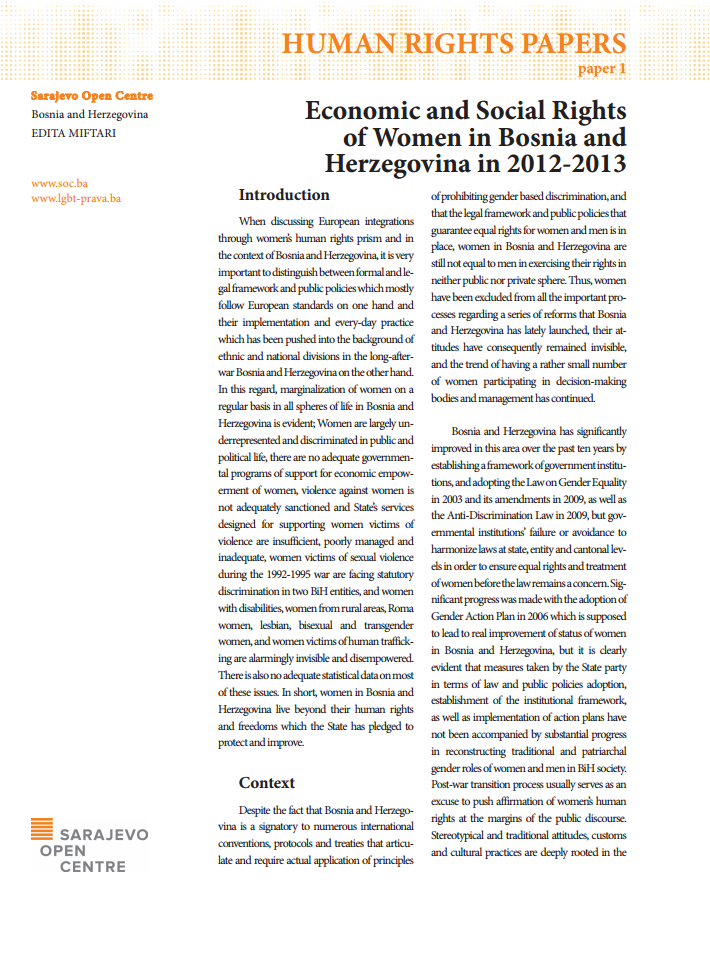 Summary/Abstract: When discussing European integrations through women’s human rights prism and in the context of Bosnia and Herzegovina, it is very important to distinguish between formal and legal framework and public policies which mostly follow European standards on one hand and their implementation and every-day practice which has been pushed into the background of ethnic and national divisions in the long-afterwar Bosnia and Herzegovina on the other hand. In this regard, marginalization of women on a regular basis in all spheres of life in Bosnia and Herzegovina is evident; Women are largely underrepresented and discriminated in public and political life, there are no adequate governmental programs of support for economic empowerment of women, violence against women is not adequately sanctioned and State’s services designed for supporting women victims of violence are insufficient, poorly managed and inadequate, women victims of sexual violence during the 1992-1995 war are facing statutory discrimination in two BiH entities, and women with disabilities, women from rural areas, Roma women, lesbian, bisexual and transgender women, and women victims of human trafficking are alarmingly invisible and disempowered. There is also no adequate statistical data on most of these issues. In short, women in Bosnia and Herzegovina live beyond their human rights and freedoms which the State has pledged to protect and improve.