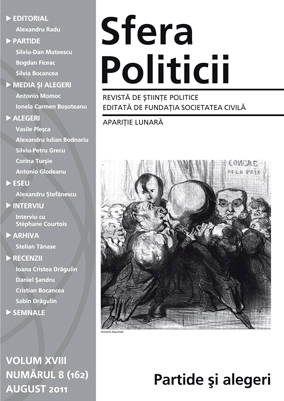 Summary/Abstract: Even though the European elections were meant to boost European integration, this objective was hardly achieved, as they were commonly labelled „second order elections”. After summarizing the causes and consequences of this general agreed perception, my paper presents an institutional attempt, coming from the European Parliament, to reform its elections. I consider that this initiative is anchored in a dichotomic new theoretical approach – the Europeanization of European elections. Its aim is to reform the European elections from a supranational perspective, through the introduction of transnational party lists, starting with 2014. This challenging initiative was approved by the Constitutional Affairs Committee of the European Parliament and, waiting for the plenary vote, it already has big supporters, as well as critics.