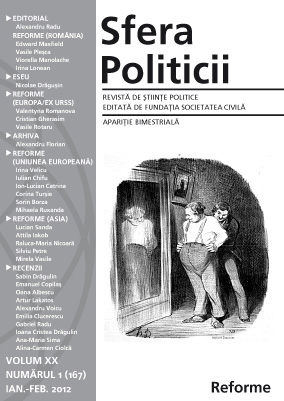 Summary/Abstract: Facing a complex economic, financial and social crisis, maybe the worst crisis in the history of the European Union, putting into question its greatest achievement – the single currency – European Union is also facing a credibility crisis. Though it was designed as a guardian of the Economic and Monetary Union, the Stability and Growth Pact (SGP) failed in fulfilling its tasks, due to strategic opportunistic behavior of member states. After analyzing the causes of SGP failure, this paper presents the newly designed integrated European economic governance architecture, which should be implemented starting with 2012 as an ultimate response to the crisis.