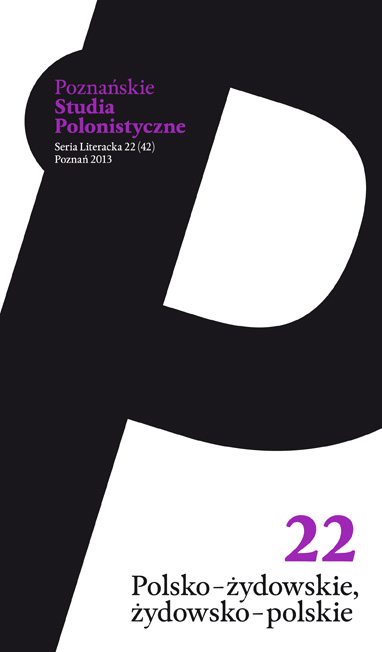 Summary/Abstract: The article is a reaction to the second edtion of Józef Czechowicz’s Letters (2011), which the author compares to the first edition (1977). It turns out that the poet’s letters, when they went through censorship screening in the 1970s, were purged not only of politically charged passages, where he mentions Miłosz, Czuchnowski, Iwaniuk, and Łobodowski, as well as the critical passages about Marxism, but also his remarks about Jews, remarks that were mostly antisemitic and stereotypical. The analysis of these passages is confronted with Czechowicz’s photographs of the Jewish quarter in Lublin and with the “Jewish traces” in his poetry. Above all, however, the discussion focuses on the language of violence, exposed in the poem śmierć [death] in the volume called dzień jak co dzień. The poem has been interpreted polemically, in opposition to Jacek Leociak, who reads śmierć both figuratively and as a text about a slaughterhouse. In this way, unexpected dimensions of Czechowicz’s sensitivity are shown, as the poet understands the cruelty of modern “animal killing industry” (used by the designers of the Holocaust machine), while at the same time he uses a dangerous array of antisemitic stereotypes, which were previously unknown to his critics.