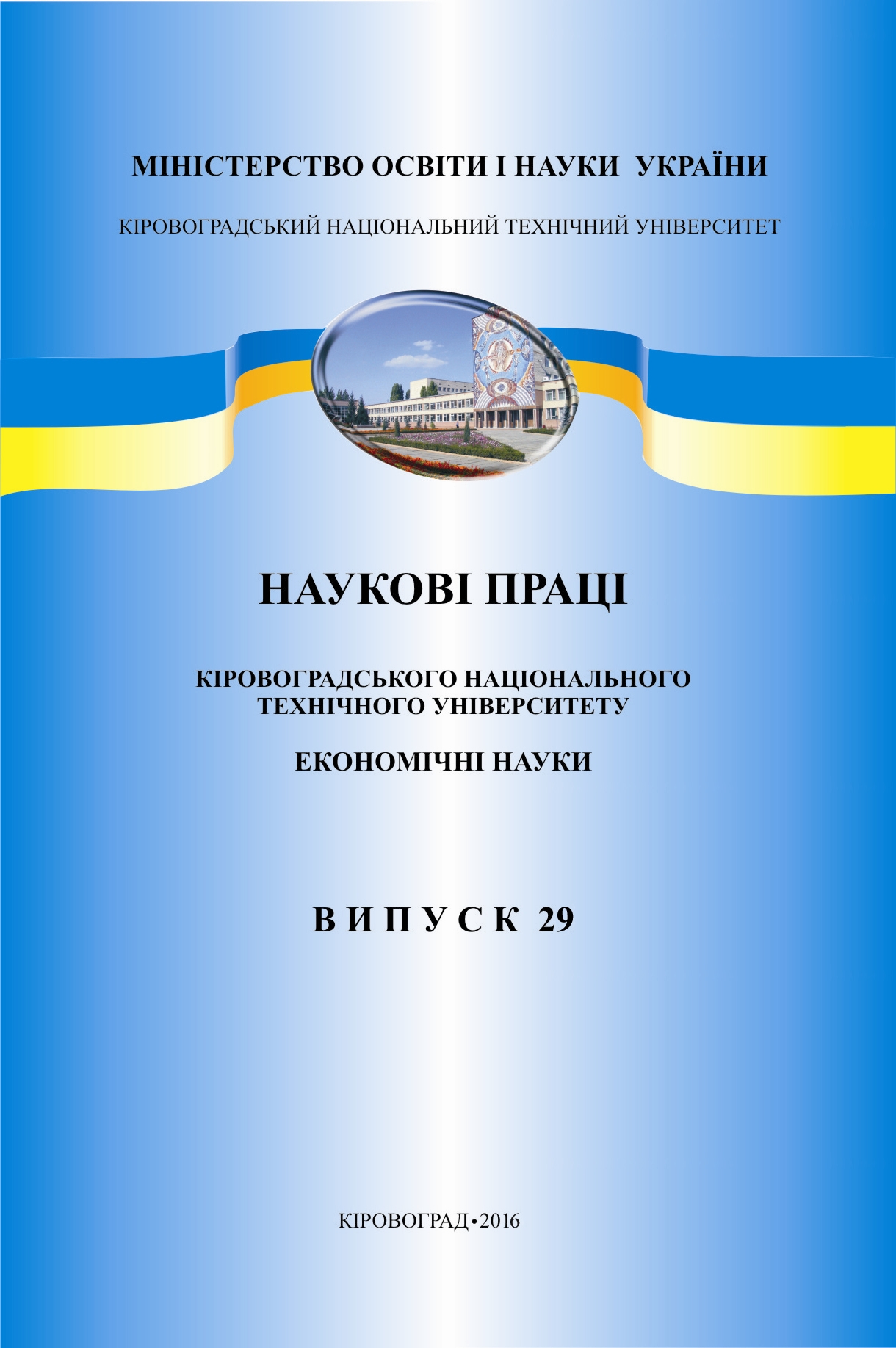 Summary/Abstract: Independent Ukraine inherited from the Soviet Union extremely distorted economic structure outdated production apparatus with extremely high level in the wearout. In 1992 - 2013 years structural deformation only intensified, which found its expression in the so-called "negative restructuring". There was increase in the share raw materials industries and low-processed industries with the low share of added value. The specific share of high-tech and knowledge-intensive industries with high added value decreased. Overall, gradual deindustrialization fixed in the country.The situation has deteriorated in the 2014-2015 years because of significant loss of production potential in Crimea and in the area of ATO and because of economic policies, including industrial one. There was a collapse of industrial production. A key obstacle for the implementation of structural modernization of the economy and reindustrialization is lack of investment, both foreign and domestic. Despite all efforts it was impossible to improve the investment climate in Ukraine. In the latest ranting Doing Business Ukraine ranked 83 place, rising only in 4 steps. A significant factor of structural modernization of the economy in the world is creation of free economic zones (FEZ). The process of their development in Ukraine was artificially interrupted in 2005. There is an urgent need in its restoration in terms of acute shortage of financial resources in the country. Industrial parks can play an important role. Today in Ukraine there are 12 industrial parks, but in fact only four of them function. Perspective directions of research in the field of structural modernization of Ukraine's economy is analysis and synthesis of world experience in such forms, which were not used in Ukraine, especially sociopolises and determination of prospects of creating them in Ukraine. Also the questions of creation and functioning of clusters in Ukraine with the modern world experience are not enough explored.