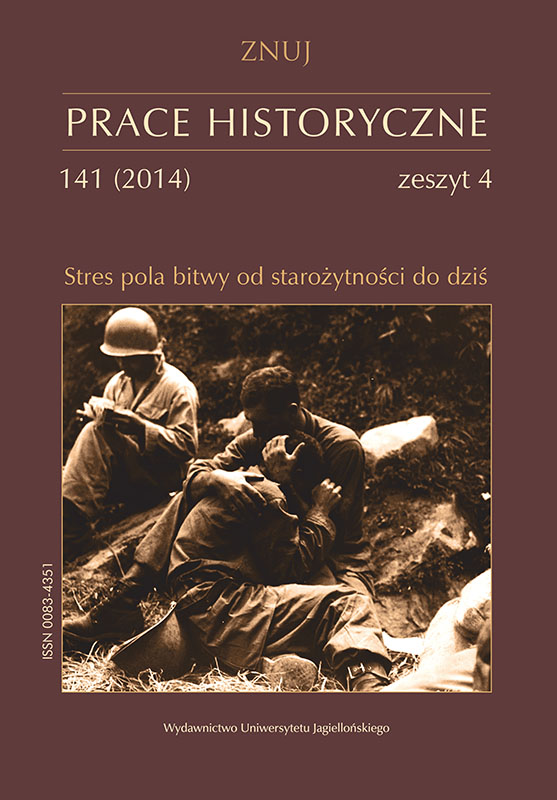 Summary/Abstract: What seems to be especially interesting to historians undertaking research into the issue of the “culture of fear” in the 19th century is a confrontation of “traditional” fear associated with forces of nature with “civilization-based fear”, caused by a rapid development of industrial culture and a demographic revolution. Yet although the 19th c. literature devoted to the theory of fear seems to be quite prolific and varied, the topic of battlefield fear, or else fear experienced by soldiers, seems to be relatively unexplored. The image of an undaunted fearless soldier, which had been shaped by European Romanticism up until the end of the 19th c. had not been subjected to a fundamental verification. It was only the studies carried out by psychologists at the turn of the 19th and at the beginning of the 20th c., and especially the experiences of the First World War that had forced researchers to modify their views with regard to soldierly fear. The protracted trench war had caused reactions among soldiers which had by far surpassed the schematic conceptions of emotions experienced on the battlefield, inducing scholars to undertake more complex research devoted to the issue of soldierly fear.