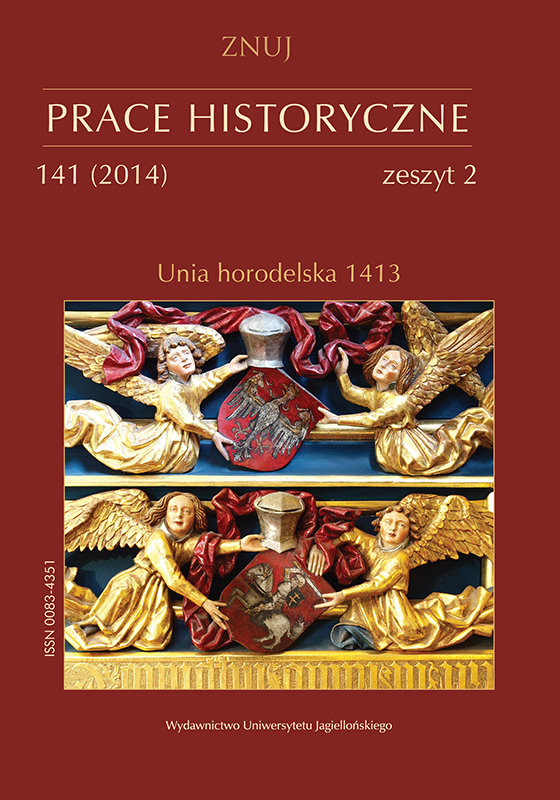 Summary/Abstract: The authoress of the present article has embarked on the task of presenting the different views with regard to the Union of Horodlo of 1413, as presented in the Polish and Lithuanian press articles on the occasion of the 500th anniversary of this union. Moreover she has tried to find an answer to a few fundamental questions concerning the formation of the historical memory of the Poles and Lithuanians at the threshold of the restoration of their statehood. The questions concern, among others, the reasons for the differences in the evaluation of the Union of Horodlo between the Poles and Lithuanians, the moment when the memory of the Union began to take on a different shape and the links between historical memory and political culture. On the basis of examples derived from the Polish and Lithuanian press of 1913, the authoress proves that despite the many years of the Polish-Lithuanian union, a real rapprochement between the two states and societies did not take place, neither in the 15th century, not later, until the very end of the existence of the Commonwealth of Both Nations. The Polish interpretation of the union which was negotiated in Horodło in 1413 was unacceptable to a modern Lithuanian nation. Both sides, that is the representatives of the Polish and the Lithuanian nations had used the celebrations associated with the 500th anniversary of the Union of Horodło to formulate and propagate their most important goal – that is to restore their statehood and in order to achieve this goal, they were ready to subordinate their historical memory. But it is important not to forget that we are dealing with a specific kind of historical memory which is targeted and focused above all on the future.