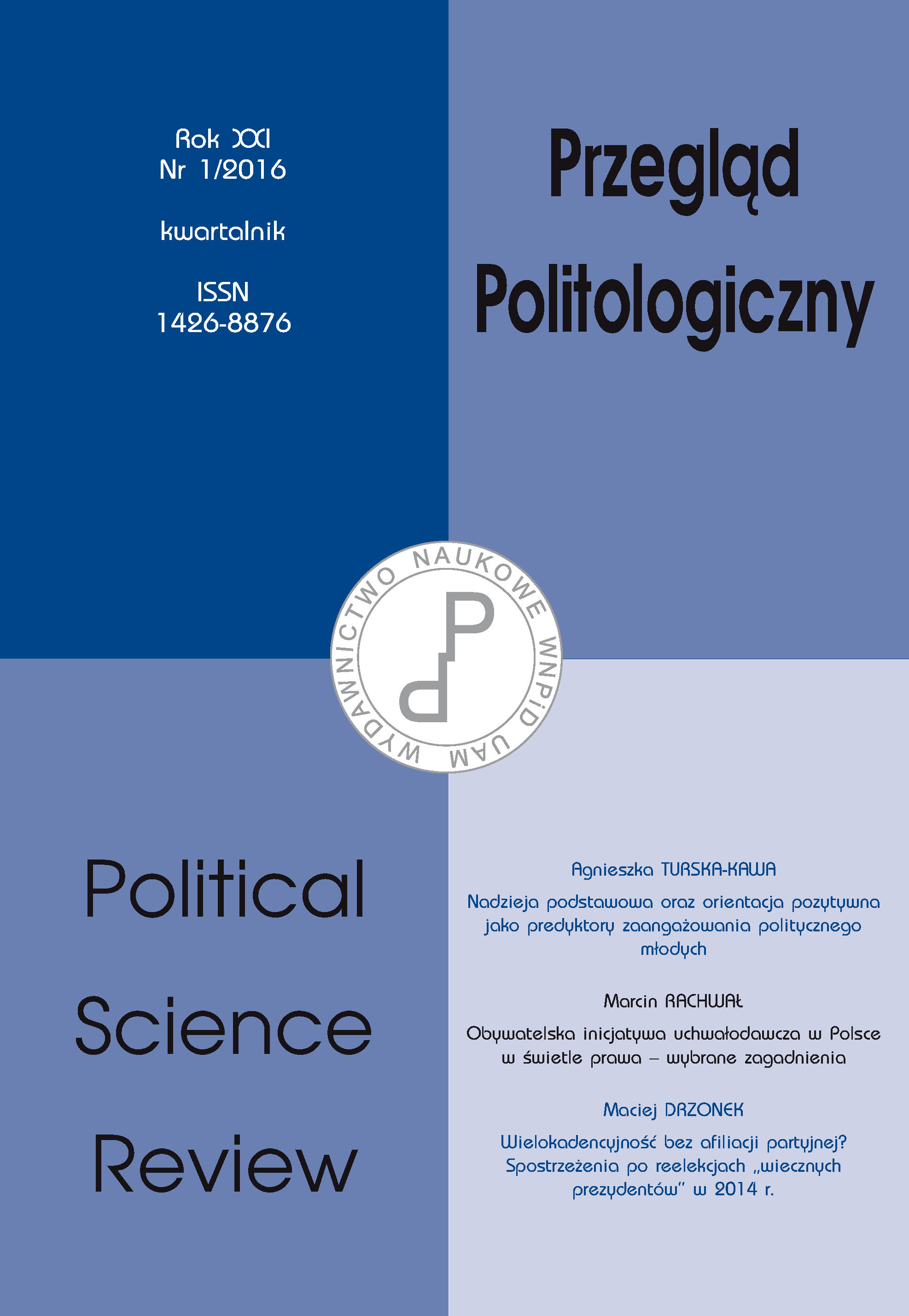 Summary/Abstract: The paper is dedicated to the issue of the relations between sport and politics. Its aim is to explore examples of connections between sport and politics in the situation of con icts between states. An attempt was made to indicate the ways in which political rivalry is transferred to the world of sport, as well as the aims of the states and the determinants of their actions. The analysis encompasses the following ways in which sport is used politically: competition in the Olympic Games medal ranking, desire to win prestigious contests, hosting sports events, participating in international sport and sports boycotts. As a result of the research, it was observed that assigning political meaning to sport in situations of political confrontation between states is connected either to the desire to enhance a nation’s prestige, or to hit other actors in international relations. It was also observed that non-democratic states particularly often use sport for political reasons.